In addition, 10 other Srikandi committee members from the division also resigned from their party positions on Sunday (June 20).

She claimed that they resigned because Johor Baru Srikandi chief Datuk Azlinda Abdul Latif, who is the Prime Minister's political secretary, was not transparent in her leadership.

“The grassroots' voices do not get much attention. The appointment of the Srikandi advisor was done without getting approval or discussion within the committee,” she said here on Monday (June 21).

Masazlina, who is the Taman Abad Srikandi branch chief, claimed that Azlinda also did not include the committee on matters such as the appointment of bureau chairmen.

She claimed that discussions or meetings between Azlinda and those she appointed did not follow party rules.

Masazlina, however, said that the 12 are still loyal party members despite quitting their posts. 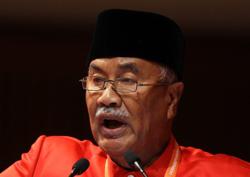