PETALING JAYA: Constructive discussions between the ruling coalition and the Opposition on the government’s various anti-pandemic measures and aid packages will be an important step in “returning politics to the rakyat”, says Datuk Chong Sin Woon.

Following yesterday’s MCA central committee meeting, in which members deliberated on the country’s political situation, Chong, who is MCA secretary-general, said the party was ready for Parliament to reconvene in order to discuss the National Recovery Plan with MPs from both sides of the divide.

“MCA stresses that more than ever, the government, Opposition and rakyat need to unite and focus on defeating the pandemic and revitalising the economy,” he said in a statement.

He added that for the country to move forward, all administrative and legislative procedures must comply with the framework of the Federal Constitution and relevant laws.Chong said MCA fully respected the statement released by Istana Negara on Wednesday, in which Yang di-Pertuan Agong Al-Sultan Abdullah Ri’ayatuddin Mustafa Billah Shah called for Parliament to be reconvened as soon as possible.

“The statement fully reflects His Majesty’s care and concern for the well-being of the rakyat, and the importance of a parliamentary democracy with a constitutional monarchy,” he said. 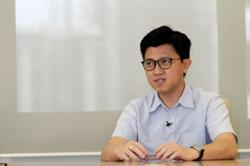