A TEACHER in Kuantan, Pahang, has set up a community table under a tree where those in need can take any of the supplies provided, reports Sin Chew Daily.

The 42-year-old teacher, known only as Murniey, worked together with several friends on the project to set up a table filled with daily necessities at Bandar Indera Mahkota to help those adversely affected by the Covid-19 pandemic,

According to Murniey, they used to hand-deliver the items but were unable to do so due to the recent movement control order.

“Right now, we can only help those living in the area. Many in need are unable to come or are too embarrassed to take the items. As such, we welcome those in need to send us a message.

“If we are able, we will send the items via courier,” she said.

Known as the “Tree of Food”, Murniey would leave items such as spices, condensed milk, cooking oil, flour and rice on the table.

> Logistics issues due to the recent MCO have caused vegetable prices from Cameron Highlands to spike, reports Sin Chew Daily. According to a survey conducted by the daily, tomatoes, which are a major produce of Cameron Highlands, have increased from RM2 per kilogramme to RM7 recently.

The prices of other vegetables, including lettuce, choy sum and green beans, have also risen sharply.

According to the Kinta Vegetable Dealers’ Association, the issue arose when Kampung Raja New Village, which is Cameron Highlands’ main vegetable distribution centre, was placed under the enhanced MCO.

Transport Minister Datuk Seri Dr Wee Ka Siong has since said that all agricultural work and transport of produce can continue during the mco. 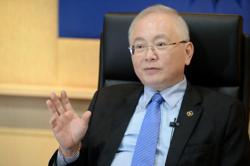