"It's interesting to note that sexual abuse cases plummeted to 45.3% with 47 cases recorded between June 1 and 14 compared with 89 cases in the same period last year.

"My aim is to achieve a drastic plunge in such cases over the next few months," he said in an interview on Thursday (June 17).

Summarising on serious crime and robbery cases, ACP Mohd Sukri said a reduction of 39 cases was registered by the contingent between Jan 1 and June 14.

He added that the figure amounts to a reduction of 45.3% cases where 47 multiple crime cases were recorded by the contingent from Jan 1 to June 14 compared to 86 during the same period last year. 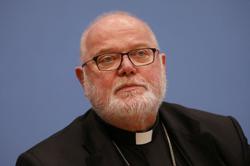