PETALING JAYA: The Pfizer-BioNTech Covid-19 vaccine has been approved for those aged 12 and above, says Tan Sri Dr Noor Hisham Abdullah.

Previously, the vaccine was only approved for those aged 18 and above.

The Health director-general said that while the additional approval had been given for the vaccine, priority would still be given to the high-risk groups in line with the National Covid-19 Immunisation Programme.

Health Minister Datuk Seri Dr Adham Baba said that children between the ages of 12 and 17 were expected to be included in the national immunisation programme in its fifth phase, which would likely kick off in August.

He said it would only take place if the National Pharmaceutical Regulatory Agency (NPRA) gave its approval for the Pfizer vaccine to be used on children in this age group.

He had said that so far only Pfizer had submitted a request for its vaccine to be used on children.

Dr Noor Hisham also said that the Drug Control Authority gave conditional registration for the emergency use of the CanSino Biologics and Johnson & Johnson vaccines, both which only require one dose.

The vaccines are from China and the United States, respectively, and have been approved by the World Health Organisation for emergency use.

The CanSino vaccine uses the mRNA technology while the Johnson & Johnson is a viral vector vaccine.

Prior to this, Malaysia approved the Pfizer, AstraZeneca and Sinovac vaccines.

Dr Noor Hisham said that the approval of the registration required the latest data on the quality, safety and efficacy of the vaccine.

“This is to ensure that the benefit over risk of the vaccines is positive, ” he said. 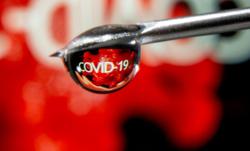