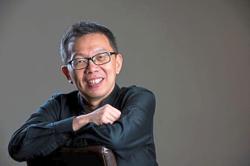 The Deputy Federal Territories Minister was responding to a Facebook post by an NGO claiming that funds collected for an accident victim could not be handed over.

The June 6 post apparently implicated Santhara, claiming the Segamat MP was behind their work being blocked.

Santhara denied the allegations, saying that his team at the parliamentary service office had not only met with the victim but provided the necessary aid at the time the post was uploaded.

He said he welcomed efforts by all parties to help his constituents and that he had no time to engage in petty politics during this difficult time.

A representative of the NGO had apologised to him personally, said Santhara, adding that a police report had also been lodged over the matter by his officers.