Research has found that eliminating combustion and reducing the temperature at which the tobacco is heated to, will significantly reduce the overall levels of harmful and potentially harmful constituents.

WHILE cigarettes and other ways of consuming nicotine have been around for centuries, it is now widely known that smoking carries potential health risks.

The World Health Organisation (WHO) estimates that there will still be more than one billion smokers by 2025 – about the same number as today – despite campaigns to encourage smokers to quit and increasing regulatory restrictions.

The fact is that the majority of smokers don’t quit and this is where technology comes into the picture to offer an alternative for smokers.

According to Philip Morris International (PMI), clinical trials and other studies conducted by the company indicate that non-combustible alternatives – i.e. products that don’t burn tobacco – are less harmful than continuing to smoke cigarettes.

As such, to offer smokers the possibility of consuming nicotine via products that are less harmful than continued smoking, PMI has invested significantly in research and development – resulting in development of the non-combustible category of products, namely heated tobacco.

How are heated tobacco products different from conventional cigarettes?

A cigarette is simply tobacco rolled in paper which is then lit so it can be smoked.

It is the action of burning that releases not only nicotine, but most of the harmful and potentially harmful chemicals into the smoke inhaled.

As the name suggests, heated tobacco products heat tobacco instead of burning.

While heated tobacco products heat tobacco, e-cigarettes heat liquid that often contains nicotine to produce an aerosol, of which the act is described as vaping.

By not burning tobacco, e-cigarettes don’t create smoke and so their aerosol contains fewer harmful chemicals compared to cigarette smoke.

However, not all e-cigarettes contain nicotine, but many do.

Based on the information supported by PMI in the writing of this article and their global head of professional channels Dr Thomas McGrath, studies have shown that as the temperature of tobacco increases, the levels of harmful and potentially harmful constituents also increase.

“By eliminating combustion and reducing the temperature at which the tobacco is heated to, we will significantly reduce the overall levels of harmful and potentially harmful constituents.

“In the tobacco heating system aerosol, the levels of these harmful and potentially harmful constituents are on average reduced by 90% to 95% compared to cigarette smoke.

“To sum up, elimination of combustion is a fundamental foundation in the ‘heat not burn’ principle.

“By heating tobacco to temperatures below combustion, we are able to significantly reduce the levels of harmful and potentially harmful constituents.”

“Based on the German Federal Institute for Risk Assessment, the yields of carbonyl compounds – formaldehyde, acetaldehyde, among others – were reduced by 80% to 96%, compared to conventional cigarette brands.

“Other well-known toxicants in cigarette smoke – benzene and butadiene – were also reduced by 97% to 99%, much lower than the level that you find in conventional cigarettes.

“Now when you take those reduced emission data, it’s interesting to understand whether that is likely to result in reduced risk for smokers who make the switch to reduced-risk products such as the IQOS.

“At the Dutch National Institute for Public Health and the Environment (RIVM), a group there developed some innovative but still conservative approaches to risk assessment to compare IQOS and conventional cigarettes as an example.

“The authors concluded that overall, if you consume IQOS instead of cigarettes, that would be associated with a substantial increase in life expectancy compared to continued smoking for the subgroup of smokers who might die from cancer,” Smith said.

He added, however, that the authors also suggest the health impact will be greatest for habitual smokers who switch at the early stage.

“The authors pointed out that switching to IQOS can lead to risk reduction but these products such as IQOS are not risk-free and there is a negative health impact expected to remain from consuming heated tobacco products.

“So quitting is still clearly the best option,” he said.

According to the Health Ministry’s National Health and Morbidity survey (NHMS) 2019, the number of smokers in Malaysia dropped marginally by 1.5 percentage points to 21.3% in 2019.

This, coupled with the findings of another recent study on the Malaysian vaping industry which found that the main reason why most adult smokers switched to using vapes was to quit smoking, indicates that the public believe that alternatives to cigarettes are better than conventional cigarettes.

In doing so, the agency found that issuing an exposure modification order for IQOS is “appropriate to promote the public health” and “is expected to benefit the health of the population as a whole.”

This authorisation permits the marketing of IQOS as containing a reduced level of, or presenting a reduced exposure to harmful and potentially harmful constituents.

The decision confirms that IQOS is fundamentally different from cigarettes. It also highlights the fact that all tobacco and nicotine-containing products are not the same.

While these products are not risk free, they can act as a better substitute that is less harmful than smoking for those who don’t quit.

Hence, it is clear there is a need to highlight accurate information, which then needs to be made readily available to consumers in order for smokers to make an informed decision. 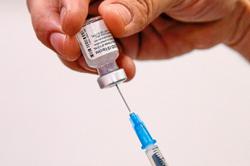 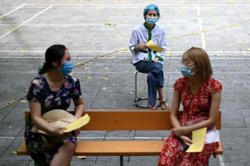