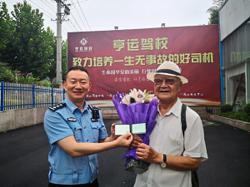 A LORRY driver has been helping about 70 families in Bahau, Negri Sembilan, with food during the pandemic, Makkal Osai reported.

Rajkumaran Thillaikkannu, who was raised by estate worker parents in a plantation in Johor, said many of the workers were having a difficult time with reduced incomes.

Knowing their plight personally, he decided to use part of his income on food supplies and groceries so they could meet their basic needs.

He is also urging the government and those who are able to help to offer help to those in need at this time.

> The daily also reported that a group of villagers in India came together to carry a pregnant woman more than 10km in a makeshift palanquin to get her to a hospital.

Silakkamma, 26, who lives in the remote Kinnaralova village in Andra Pradesh state, experienced labour pains a few days ago.

The villagers who came to the family’s aid put together the makeshift stretcher and took turns four at a time to carry her to the waiting ambulance about 10km away.