"The Campaign To Protect The Right Of Insurance Consumers of Malaysia (CPRICM) was set up after we received appeals from over 30 insurance policyholders for help.

"They suffered unfair treatment by the insurance companies who terminated their life and medical policies at a time when they and their families needed the protection the most," he said during a virtual press conference on Thursday (June 10).

He said most of the cases involved those undergoing life-saving treatment but we left in a quandary after being told that their policies were rejected for breaching the medical history disclosure clause.

"Apart from having to deal with the physical anguish, these patients are now faced with the added mental stress of having their insurance protection taken away.

"I had a case where a person passed away even before having the chance to claim the insurance payment," he said.

Ng said CPRICM aims to create better awareness among consumers as to their rights as insurance policyholders while seeking a review of certain practices by the insurance industry.

Among them, he noted, was the medical history disclosure clause involving some 140 items.

He said most insurance agents fail to properly advise their clients resulting in problems cropping up only after the insurance policies are purchased.

"We also would like to invite the top management of insurance companies and Bank Negara to dialogue to try and settle the disputes amicably on some policy matters," he added.

Ng was accompanied by one such unfairly treated claimant, Dr Amelia Siah Siang Yee, who expressed disappointment after insurance policies for her and her infant daughter purchased in 2019 were terminated by the insurance company after she was diagnosed with breast cancer in June last year for non-disclosure.

"My claims with two other insurance companies were successful but one was rejected as I had undergone an MRI scan in February 2018 for back pain.

"There is no relevancy between my back pain and cancer," she said, adding that she did not require any medical treatment for her back pain in 2018.

She also questioned why her infant's daughter's policy was also terminated when there was no relevance to her claim.

Dr Siah, 37, from Bandar Sunway, said she had submitted two appeals to the insurance company which were rejected.

"I am now worried not only for my future wellbeing but also for my infant daughter if anything happens to me," she said during the press conference.

Meanwhile, Ng, who is a lawyer, said he will be sending a letter of demand to the insurance company today (June 10) for Dr Siah.

Ng urged those who have been unfairly treated by their insurance companies to contact the CPRICM secretariat at 011-1093 3109. 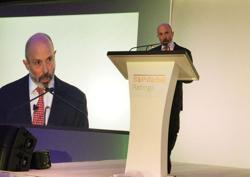