TAMPIN: Police have foiled an electricity theft following the seizure of 255 bitcoin mining machines worth about RM383, 000 in separate raids in Gemas and Gemencheh near here.

“Based on preliminary investigations, TNB lost almost RM445, 000 due to electricity theft from the illegal activity, ” he said in a statement.

The case, he said, was being probed under Section 427 of the Penal Code for committing mischief and section 37 of the Electricity Supply Act 1990 for tampering with electricity supply equipment.

Supt Anuwal said a 25-year-old suspect was also arrested during the raid.

The suspect was also slapped with a compound for violating Covid-19 prevention standard operating procedures.

Supt Anuwal urged the public to notify the police if they have information on such illegal activities in the district. 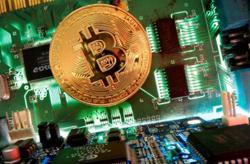