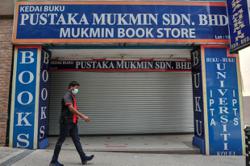 All yours: Radzi handing over a laptop to Form Three student Mohd Fakhruddin Arrazi. — Bernama

He said manual teaching aids could be prepared as suited to teachers and students of a school, after taking into account their constraints.

“The PdPR method can be implemented through various approaches, such as preparing manual teaching materials that will be delivered to students or collected by parents at schools. It’s not just online.

“We are aware that some schools or students in rural areas do not have access to the Internet, so other alternatives should be used, ” he told reporters after the handing-over ceremony of laptops to 71 students from SMK Felda Kahang Timur here yesterday.

Radzi said to support the implementation of the PdPR, the Education Ministry also introduced several educational television channels, including DidikTV, which has received good feedback from parents and students.

On the event, Radzi said from the total 417 Form Three students screened, 71 of them who were from the B40 group were selected to receive a laptop and a free 15GB Internet data pass for a year.

One of the parents, Hashim Ahmad, 54, said such assistance would definitely help his son Mohd Syafiq Haiqal focus during the PdPR sessions.

“Previously, it was a bit difficult for him as he only used a mobile phone, causing him to be less focused. I am very grateful for the government’s aid, ” he said.

Housewife Norina Bohari, 39, expressed her gratitude to the government because her son was selected as one of the recipients.

“My husband only works at a sawmill and we can’t afford to buy a laptop, ” she said.

Meanwhile, the National Union of the Teaching Profession (NUTP) said teachers should be allowed to focus fully on PdPR as other existing programmes under the Education Ministry would merely add to their burden.

NUTP secretary-general Harry Tan said if the programmes were to continue, it would only add burden and cause teachers to lose their concentration on PdPR implementation.

“Educators need to focus fully on PdPR because students have been denied a proper education in the last two years due to Covid-19, ” he added. — Bernama 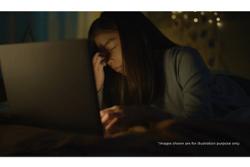