The rakyat’s pillars of strength

They often leave the people amused by their candidness as they are not afraid to show their fondness for each other.

Oftentimes, they will inject a dose of fun and warmth at

the events they attend, putting their guests at ease while still maintaining a level of decorum.

Once, during a banquet in Penang in 2019, the King jokingly told guests he had to cut his speech short because the Queen wanted to bring him out for durian after the event.

During a dinner in London that same year, the Queen had no qualms about adjusting the King’s table microphone as he delivered his speech, in which he also managed to insert a few light jokes.

The King and Queen are always ready to engage with the public together and are prepared to extend a helping hand to those in need.

One of the causes close to their hearts is the Tunku Azizah Fertility Foundation, which aids couples who cannot afford fertility treatments to make their dreams of starting a family come true. Both the King and Queen are also advocates for education and have encouraged the people to constantly learn new skills as they preserve and treasure their own local knowledge and cultures. 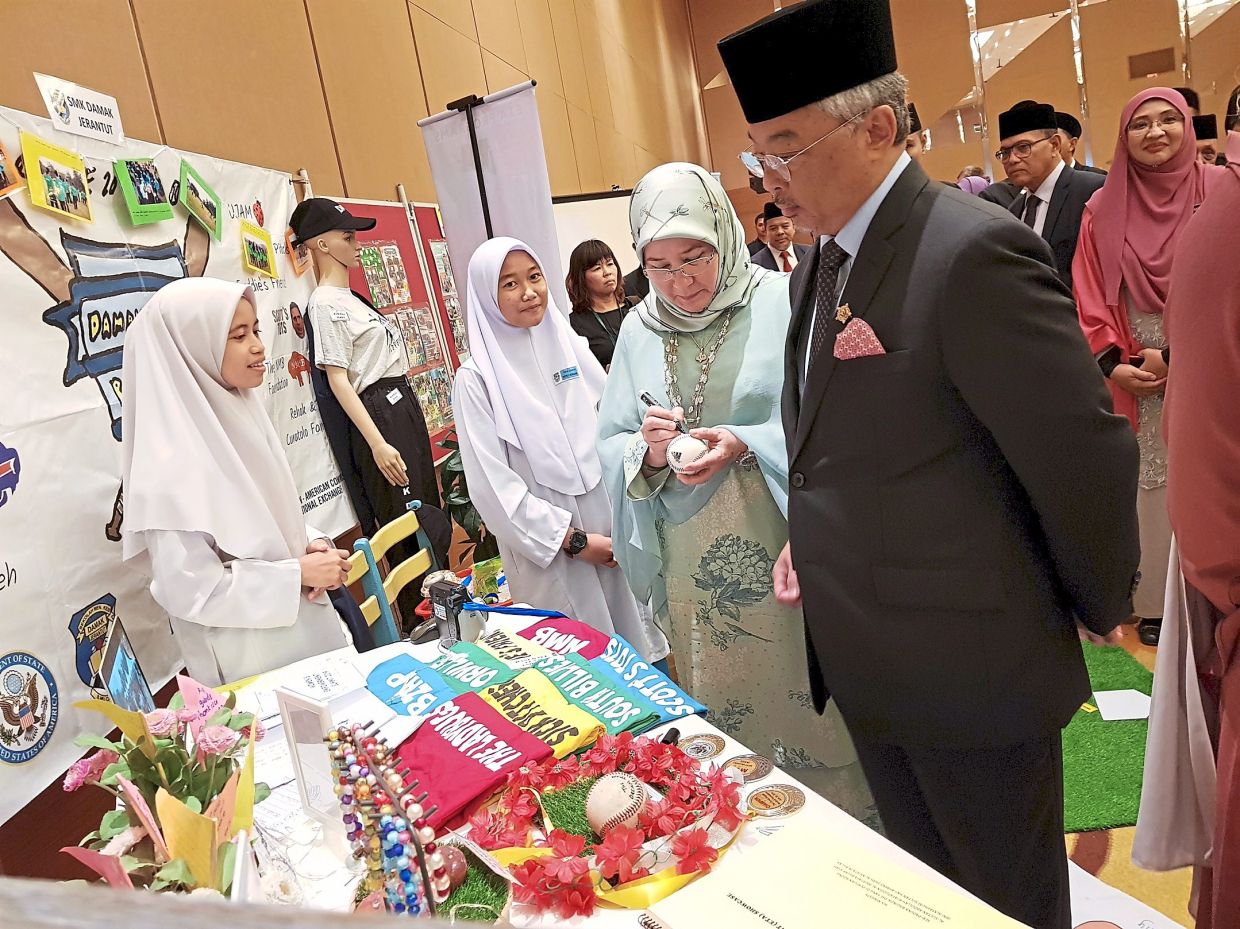 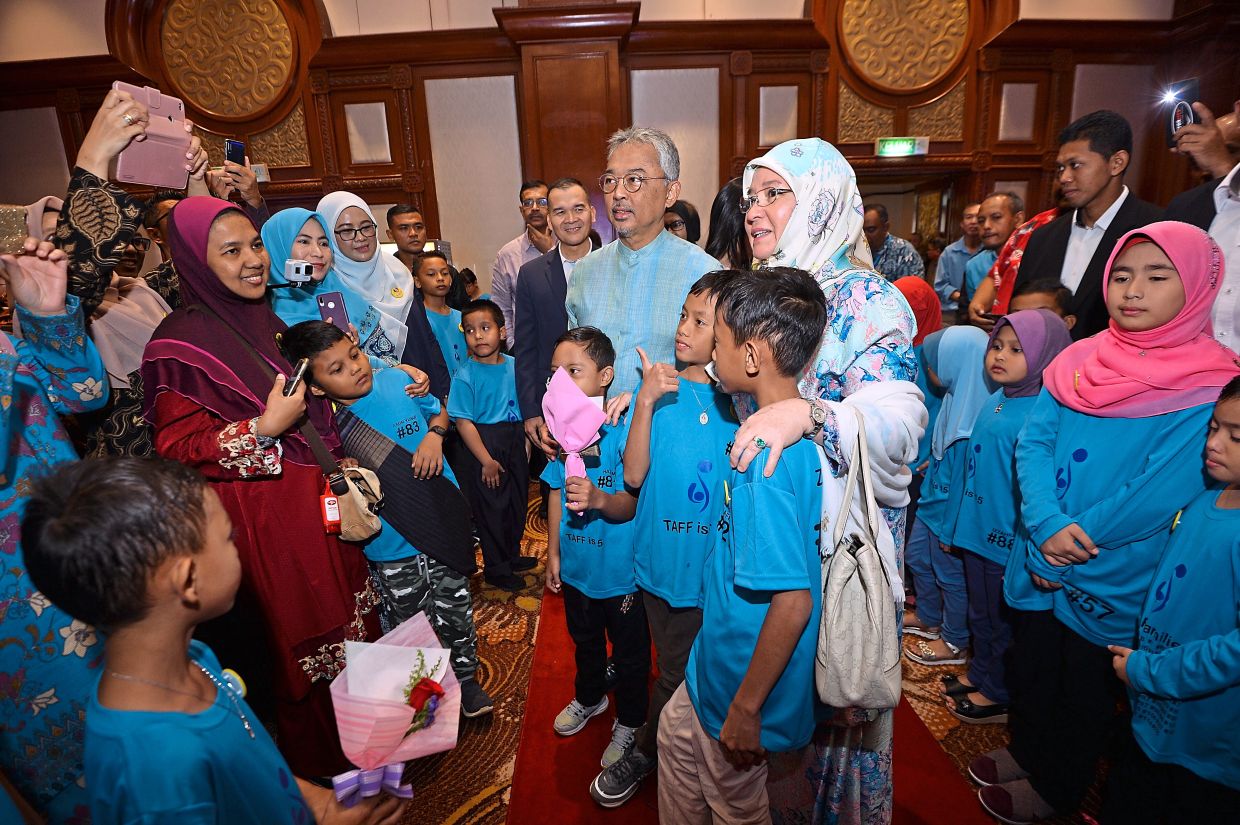 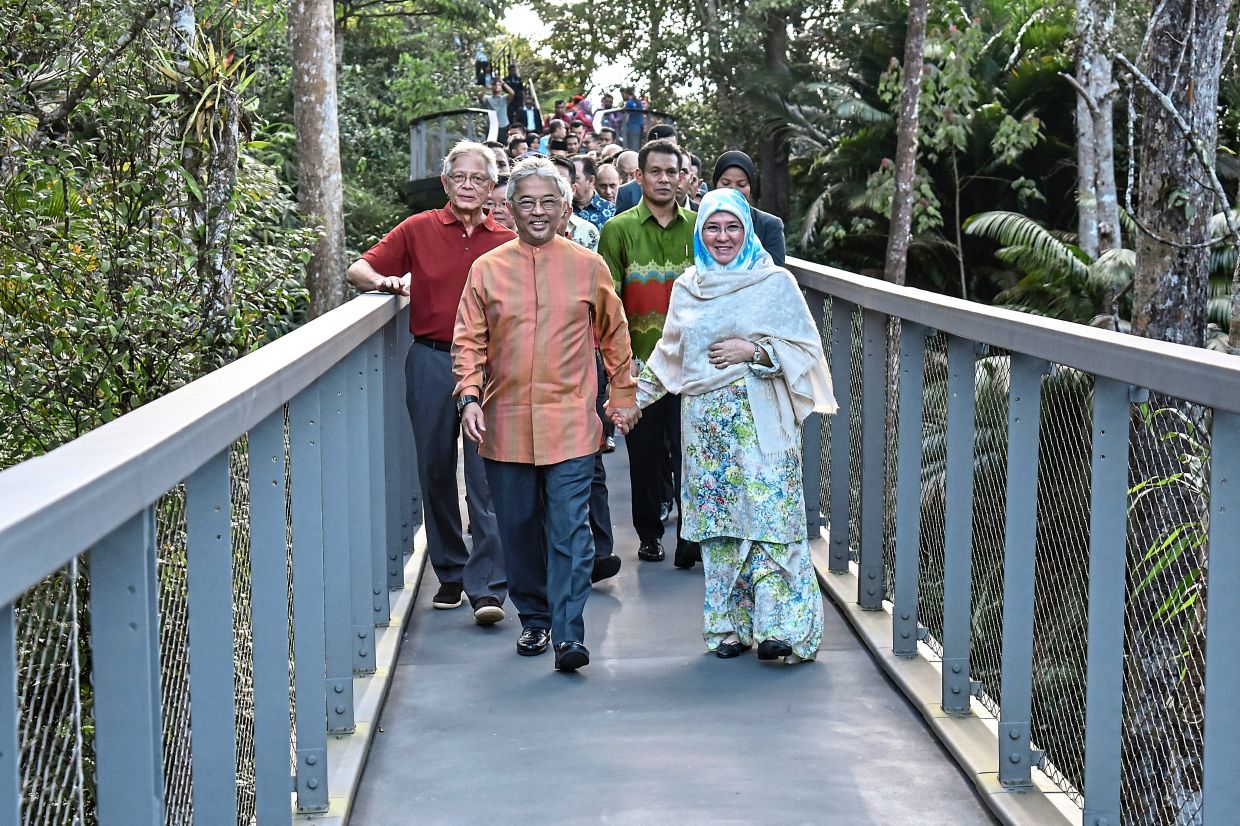 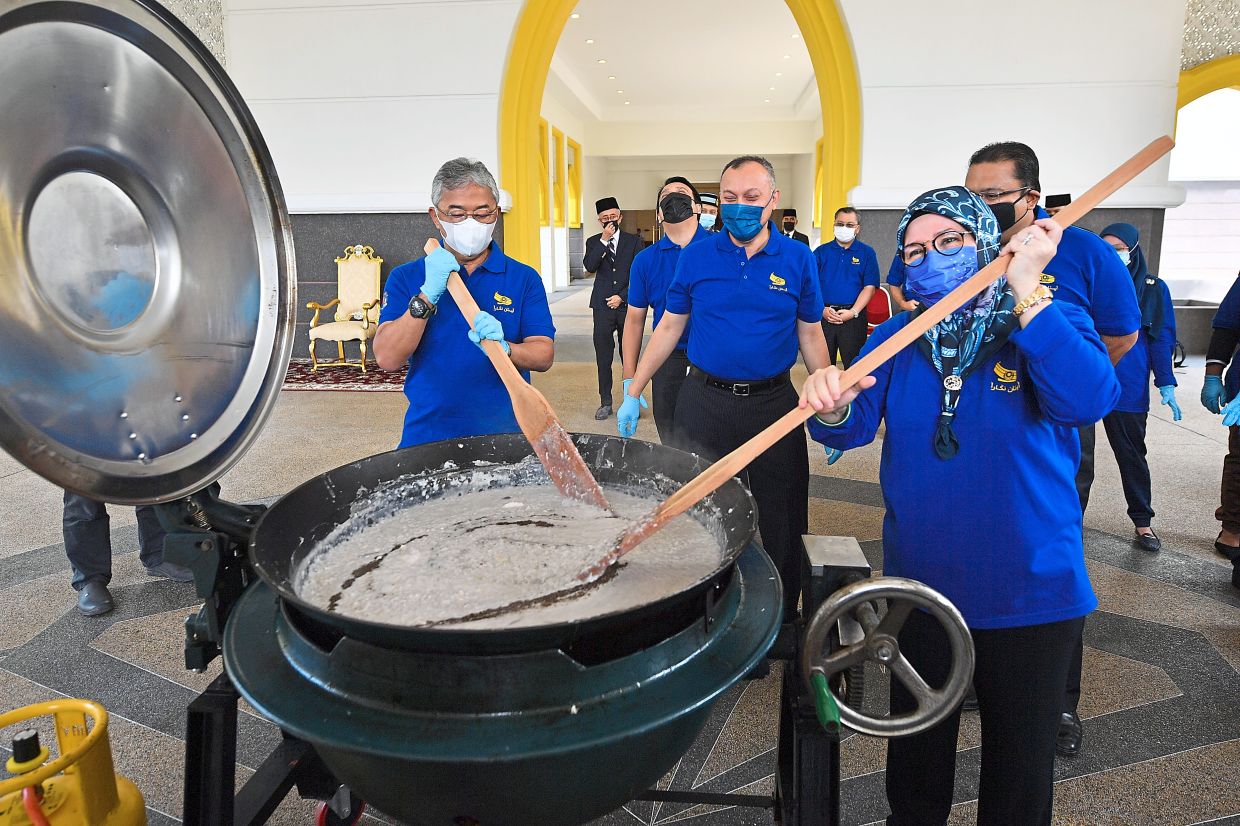 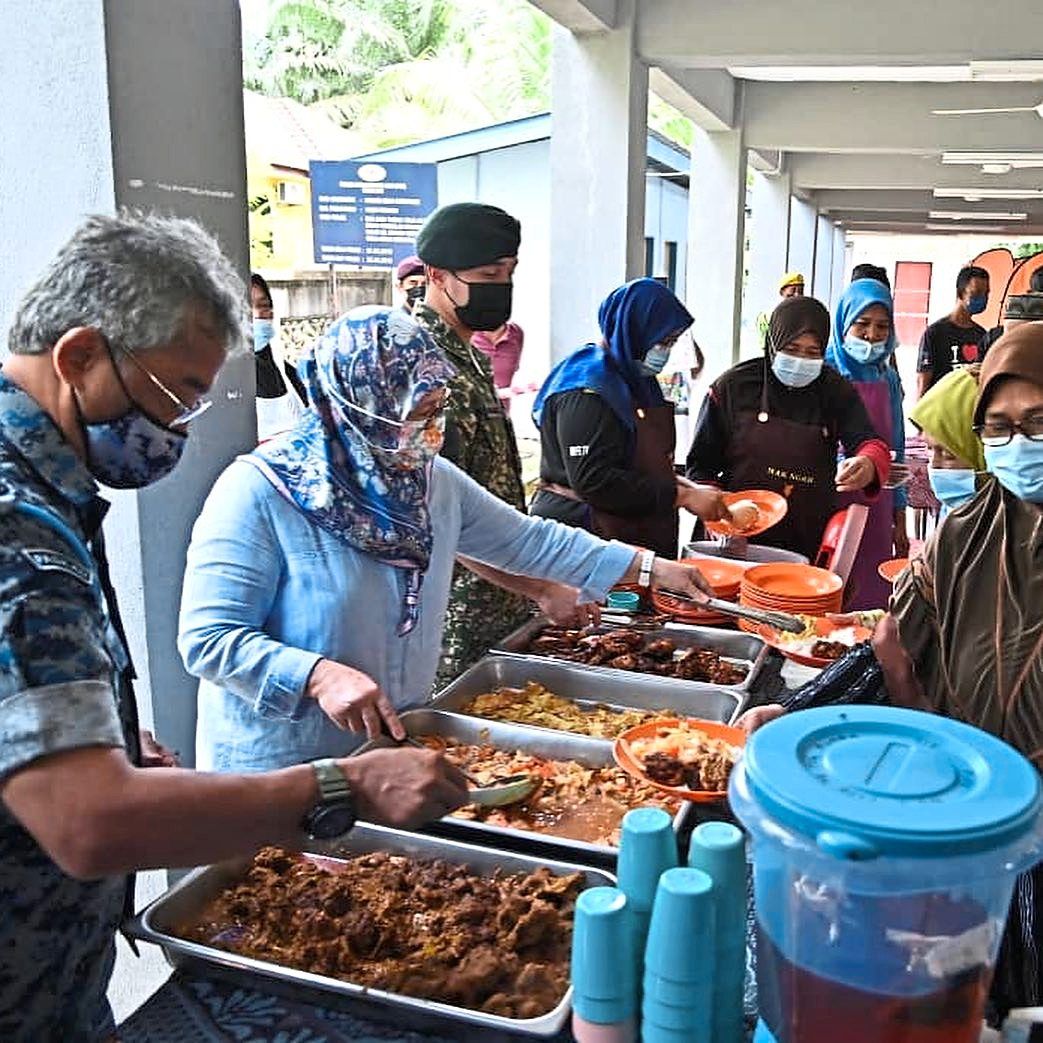 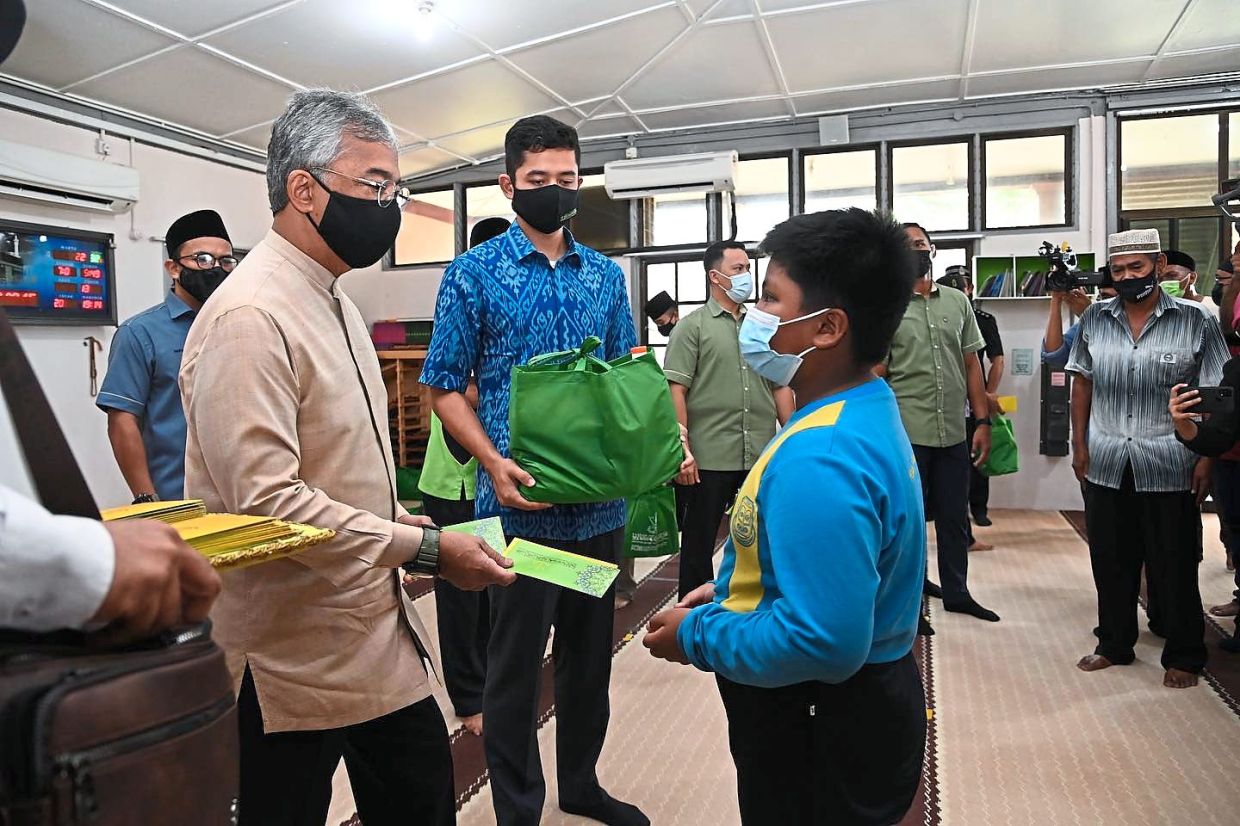 Hand in hand: Sultan Abdullah and Tunku Azizah holding hands as they cross the Canopy Walk during a visit to Bukit Bendera, Penang, in December 2019. — Bernama

Team effort: Sultan Abdullah and Tunku Azizah stirring bubur lambuk during a programme organised by the Istana Negara Sports and Welfare Club in May this year. — Bernama

Generous gesture: Sultan Abdullah giving Raya packets to a boy during a Compassion and Grace Programme at Masjid Kampung Kuala Penor in Kuantan in April this year. The King spent time with and gave donations to 52 dependants, including the elderly and those with special needs. — Photo taken from Istana Negara’s Facebook page