KUCHING: Rural folk in Sarawak will not be turned away if they show up at Covid-19 vaccination centres without registering beforehand, says Datuk Patinggi Abang Johari Tun Openg.

The Chief Minister said this was part of the state's approach to speed up and widen the vaccination programme.

"Not everyone in rural areas will be able to register. If they come without registering and want to be vaccinated, we will give it to them so that they don't have to come back again.

"Their details will be registered later.

"This will expedite vaccination so that we can achieve our target of completing it by August," he told reporters after visiting the AstraZeneca vaccination centre at Borneo Convention Centre Kuching (BCCK) on Monday (June 7). 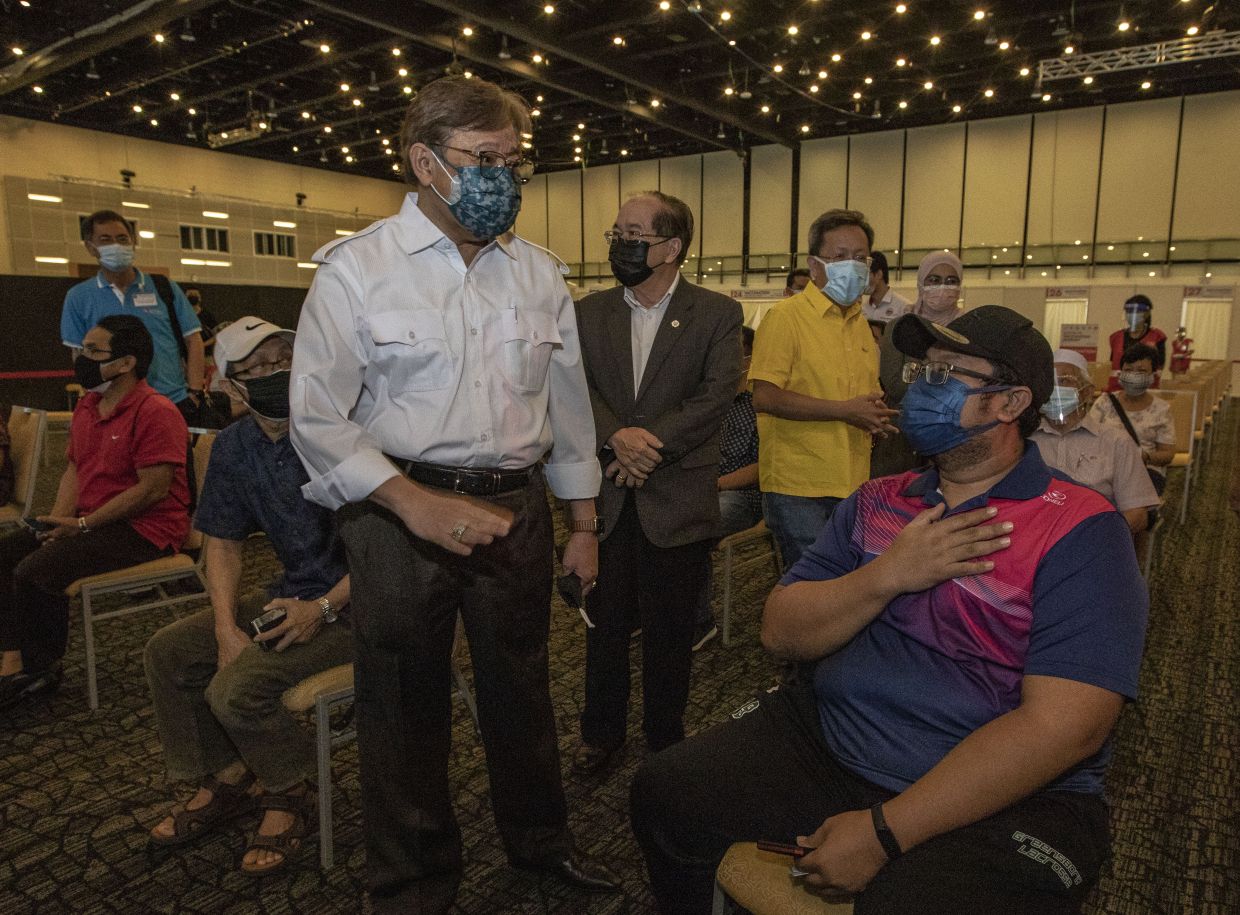 "The vaccines will keep coming after this, as mentioned by Khairy Jamaluddin. This will also speed up vaccination," he said, referring to the coordinating minister for the National Covid-19 Immunisation Programme.

On May 28, Khairy said 380,000 doses would be delivered to Sarawak in the first week of June, followed by weekly deliveries until 4.4 million doses were supplied by the end of August to inoculate 2.2 million people in the state.

Abang Johari also urged the public to practise self-discipline and comply with the standard operating procedures (SOP), even after being vaccinated.

"If we all play our part, InsyaAllah we can bring down the number of cases," he said.

On the AstraZeneca vaccination, Abang Johari said some 30,000 people in Sarawak had registered for the opt-in programme which began on Monday.

He said 1,000 individuals would be vaccinated a day at BCCK in the first three days.

A further 400 will be vaccinated daily at the National Youth Skills Institute in Miri, also for the first three days.

"After that, we may increase the number to 3,000 a day," Abang Johari said, adding that he was pleased to see the smooth flow of the vaccination process at BCCK.