Sanitising public spaces is a waste of public resources, not effective in combating Covid-19, says MMA 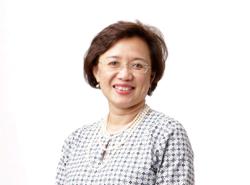 "The Malaysian Medical Association fully agrees with Datuk Dr Adeeba Kamarulzaman's views that public sanitation efforts by the Housing and Local Government Ministry are indeed a waste of resources.

"Latest evidence shows that SARS-CoV-2 is an airborne virus therefore large scale disinfecting of public areas will not be effective in preventing the spread of the disease.

“It is also pointless as these large disinfected surfaces will very quickly be contaminated again," its president Datuk Dr Subramaniam Muniandy said in a statement on Sunday (June 6).

He added that physical distancing, mask-wearing and hand sanitising were more effective in combating Covid-19.

"According to the US Centre for Diseases Control and Prevention (CDC), spraying cleaning products or disinfectants in outdoor areas - such as on sidewalks, roads or groundcover - is not necessary, effective or recommended.

"The World Health Organisation (WHO) has also issued an alert about the hazards of public disinfections as the chemicals used, such as formaldehyde, chlorine-based agents or quaternary ammonium are not recommended due to its adverse health effects," he said.

He said that the increasing number of infections and deaths lately showed that a number of government policies had failed to bring the situation under control.

"The MMA hopes that after three MCOs and now a second full lockdown, the government has woken up and realised it is time to start listening to the experts," he said.

In a tweet on May 29, Dr Adeeba, who is the University Malaya Medical Centre (UMMC) Covid-19 task force chair, criticised the sanitisation exercise launched by Housing and Local Government Minister Datuk Zuraida Kamaruddin.

Dr Adeeba said that the resources spent on the exercise could be better channelled towards personal protective equipment, high flow nasal cannulas, ventilators, oxygen saturation meters and food for volunteers, among other things.

This led to several officials coming out to defend Zuraida in response to the criticisms from Dr Adeeba.

Nor Hizwan Ahmad, the political secretary to Zuraida said in a statement on Friday (June 4), that a total of 26,000 santisation operations have been conducted since the Covid-19 pandemic hit the country and will continue as an effort to prevent Covid-19 infections, citing new variants present in the community. 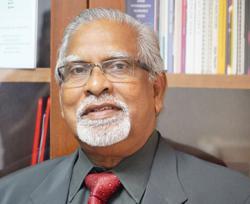 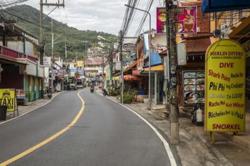