He said the decision on this was made on May 28.

"When the lockdown was announced, we did not want people rushing to such outlets with the two-hour limit.

"However, we still advise people to get required items and leave the premises fast, and stay at home more," he told reporters after checking on SOP compliance at Tesco Lotus Bercham here on Sunday (June 6).

In May, minister Datuk Seri Alexander Nanta Linggi had said that shoppers would only be allowed to remain on the premises for a maximum of two hours under tightened SOP.

Azman also advised non-governmental organisations that wish to buy bulk essential items for donations to get them from factories or wholesalers instead.

"I am hoping that such NGOs will not get their supply from small sundry shops, or at outlets that could affect supply for the consumers.

He said those wishing to buy such items in large quantities could also get in touch with the ministry, which could recommend where to get it.

Azman added with tighter SOP since the lockdown as of June 5, there have been 41 cases against companies and individuals.

He said this included businesses operating outside the allowed time.

"Some petrol stations opened their convenience stores at 6am instead of 8am.

"Then there are some closed beyond the time allowed," he added.

He said compound notices amounting to a total of RM283,500 had been issued. 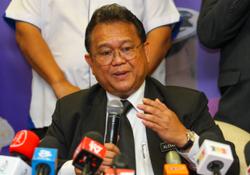 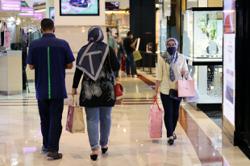