‘Too many Covid-19 deaths to bear’

Its president Kong Thian Hau (pic) said that many undertakers are exhausted, according to a report in mySinChew, Sin Chew Daily’s English-language portal.

“We are handling one to three cases per day, ” he said, adding that previously, they only handled one Covid-19 case every one or two weeks.

Kong said his association’s members mainly handled the funerals of Malaysian Chinese who had succumbed to Covid-19.

On average, he said about six to seven Malaysian Chinese die of Covid-19 each day, citing Health Ministry statistics.

“Adding this to those from other races who die of Covid-19, the number of cases funeral service providers or volunteers need to deal with is terrifying, ” he was quoted as saying by mySinChew.

Not only is the workload a burden, he said it was also disheartening and heart-breaking.

“In the past, when a patient passed away, hospital staff would notify the family immediately.

“It is different now – with Covid-19 patients, the family can’t even visit them in the hospital, ” he said, adding that he appreciated frontliners who allow family members to see their loved ones one last time via video calls.

Kong explained that the process of collecting the dead bodies from the hospital up to the process of cremation takes three hours, with staff sweating profusely throughout the entire process.

By the end of the cremation, their hands would be all wet and wrinkled, he added.

“The process completely drains our energy. Try to imagine the frontliners who are working round the clock, wearing personal protective equipment (PPE). I really salute them, ” he added.

Even though officers from the Health Ministry would disinfect the body, Kong told mySinChew they would still be worried about getting infected.

As such, he urged the government and the Health Ministry to prioritise funeral service providers for the National Covid-19 Immunisation Programme.

Meanwhile, Sin Chew Daily also reported that Muhammad Rafieudin Zainal Rasid, the head of the Malaysian Funeral Management Squad, a voluntary team that handles Muslim burials caused by Covid-19, had noted that the number of bodies it was handling now was nearly 30 times more than last year. 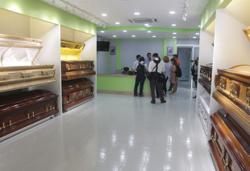 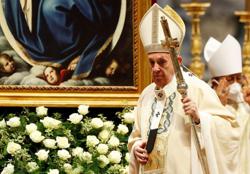