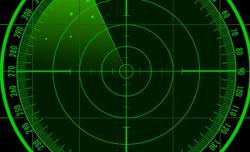 PETALING JAYA: The issue of 16 Chinese military aircraft detected near Malaysian airspace must be handled decisively and tactfully, says MCA.

MCA spokesman Mike Chong Yew Chuan said the matter must be resolved using diplomacy and the laws at hand.

"The issue must be handled rationally and with wisdom, based on diplomatic channels and the laws at hand, so as to not jeopardise diplomatic relations and business with the People's Republic of China and to not create a bigger conflict," he said in a statement on Wednesday (June 2).

He also said that Malaysia could potentially bear unfavourable consequences if the country chose to be tolerant.

"MCA also expresses our appreciation towards the quick and stern response made by the Foreign Ministry by sending a diplomatic note of protest, as well as summoning the Chinese Ambassador to Malaysia Ouyang Yujing to give an explanation," he said, adding that between 2016 and 2019, there were 89 incursions made by Chinese naval forces into Malaysian waters.

"If not addressed sternly, any action by parties that try to disrupt national security and sovereignty will become a new normal that should not occur to begin with," he said.