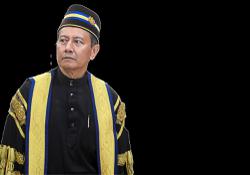 PETALING JAYA: After Deputy Speaker Datuk Seri Azalina Othman Said called for Parliament to reconvene, Speaker Datuk Azhar Azizan Harun broke his silence, saying that many critics of the ongoing Emergency were selective in their defence of the Constitution to gain political mileage.

"We shouldn't blow hot and cold and accept whatever action when it benefits us or our aspirations or desires, only to shout and scream when those actions don't serve our interests," Azhar was quoted as saying by MalaysiaNow on Sunday (May 30).

At the same time, Azhar said that although it's arguable that the Speaker's office is political, he was not a politician and did not have any political ambitions.

However, in a sarcastic tone, Azhar said he had to issue an explanation over the matter, as he said that "some" had quoted the Federal Constitution only when it suited them.

"Notwithstanding, I am now moved to explain a basic little thing which many of us profess to know in abundance but do little to understand, while some others do understand but elect to apply it only when it suits them.

"This little thing is known as the Federal Constitution," said Azhar, who is also known as "Art" Harun.

"That is why the courts cannot entertain any questions as to the validity of any proceedings of the Dewan Rakyat. In other words, in this situation, the courts do not have any source of law to do so.

"If the courts, in defiance of express provisions of the Federal Constitution, proceed to adjudicate on the validity of any proceedings of the Dewan Rakyat, that would then be against the law. That is because the courts have no source of law to do so."

In response to critics over the suspension of Parliament, Azhar said it was normal for the three institutions of administration to intersect in each other's domain.

Azhar then gave an example of Parliament passing a law stating that those with a certain amount of drugs in their possession should be presumed to be traffickers.

"This provision takes away the power of the courts to determine whether that person is, in fact and in law, a trafficker."

He also said that arguments that the government had no right to stop Parliamentary proceedings should be debated based on Constitutional provisions.

Azhar also said the ongoing Emergency proclamation and the ordinances are actions taken under and pursuant to the Federal Constitution.

"They are backed and substantiated by valid and enforceable legal principles spelt out in the Federal Constitution just as the power of the courts to curtail and even reverse some of the actions by the executive.

"Whether we like it or not, that is the power of the Cabinet or executive and that power has been exercised."

Meanwhile, Azhar said all MPs, himself included, must act in accordance with their respective oaths.

"This oath is set out in the 6th Schedule of the Federal Constitution. Part of the oath is to 'protect and defend' the Constitution.

"It is therefore imperative for us to embrace the Federal Constitution in its entirety and not pick and choose the application of any of its provisions as and only when it suits us," he said.

In an open letter on Thursday (May 27), Azalina expressed her frustration at the lack of response from the government for answers outside of Parliament.

She had called for Parliament to reconvene and had listed down her SOP suggestions, which include having all Parliament employees, MPs and Senators vaccinated.

She said unless the pandemic was under control, no general election should be held but instead, an interim emergency government with an Emergency Cabinet can be formed, with representations from all parties.

Calls to reconvene Parliament have been growing among the Opposition and certain Umno MPs. 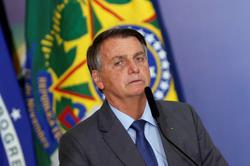