IPOH: Police have busted a narcotics syndicate with the seizure of drugs worth about RM2mil and the arrest of six suspects comprising two siblings and two married couples.

Perak police chief Comm Datuk Mior Faridalathrash Wahid said the swoop came after police arrested a 32-year-old man in the parking lot of a condominium at Kampung Simee here at about 2.30pm on Wednesday (May 26) following a tip-off.

“Checks on the first suspect led to the discovery of 26.31g of a substance believed to be ketamine, and about 100 pills weighing 30g believed to be Eramin 5," he told a press conference at the state police contingent here on Friday (May 28).

“Follow-up investigations led to a raid at two terrace houses in Tambun and Bercham, where another man and two women aged between 26 and 32 were arrested.

Comm Mior Faridalathrash said at about 5.10pm on Thursday (May 27), two more raids were conducted in Bukit Merah and Kampung Rapat, where two men aged 27 and 34 were arrested, with 2.6g of ketamine seized.

He added that of the six suspects arrested in total, two are married couples and the other two are siblings.

Also seized in the raids were four cars, one motorcycle, gold jewellery and four watches, worth RM262,596 in total.

Comm Mior Faridalathrash said the syndicate has been active since last year, and was using the condominium unit in Kampung Simee to package the drugs for distribution in the local market.

“It is believed that the drugs seized could have been used by over 110,000 drug users.

“One of the suspects tested positive for drugs, while another one had a previous criminal record, ” he added.

He said the first suspect arrested has been remanded for seven days until June 2, while the other five would be remanded until May 30.

The case is being investigated under Section 39B of the Dangerous Drugs Act 1952, which carries the mandatory death sentence upon conviction. 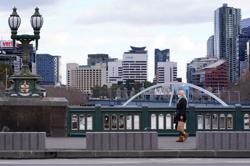