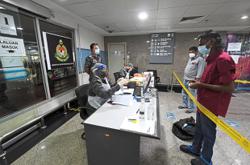 PETALING JAYA: Syrian refugee Hassan al-Kontar, who was stranded at the Kuala Lumpur International Airport 2 (KLIA2) terminal for eight months back in 2018, has released a book detailing his experience.

The memoir titled “Man at the Airport. How Social Media Saved My Life – One Syrian’s Story” details his life stranded at KLIA2 and the use of social media that had enabled him to tell his story to the world, ultimately finding refuge in Canada.

According to a synopsis of the memoir on bookseller Barnes and Noble, the memoir looks into his life as a Syrian and a refugee, and examines how social media can amplify individual voices and facilitate political dissent.

Hassan became widely known on social media after he shared posts of himself surviving on donated airline meals, washing and giving himself a haircut in the toilets during his time living at KLIA2.

He had been stuck there since March 2018 after he was blocked from entering Malaysia because of visa issues and was also barred from travelling to other countries.

Hassan had also refused to return to his home country of Syria for fear of having to enlist in the country’s compulsory military service.

His online fame then attracted the attention of human rights groups and the media.

Canada granted Hassan permanent residency and departed for the country on Nov 27,2018. 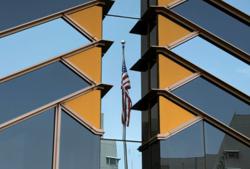