"The offenders were stopped during a surprise spot check at three different locations along the state border in the district that began at about 4pm Sunday (May 23)," he said.

ACP Noorzainy said among the excuses given by the offenders were petty such as wanting to buy food in Kedah and meeting friends in Penang.

ACP Noorzainy said police found that the individuals opted to use illegal routes due to increased roadblocks.

He also said during the operation, police found that some of the offenders used the wrong format of permits issued by the police.

"We will bring them to the district police headquarters to check the authenticity of their permits, and if we find they didn't have the permission to cross state borders, we will take action against them," he said.

He added the offenders also prefer to take illegal routes rather than applying for permits to cross state borders. 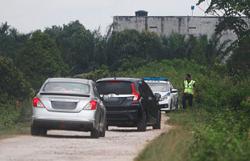