“We would like to reassure the public that Malaysia currently does not develop nor produce face masks containing graphene, ” he said in a statement yesterday.

His statement came after the Consumers Association of Penang (CAP) called on the authorities to ensure face masks and other protective equipment sold in Malaysia do not contain graphene or other potentially toxic particles that are harmful to health.

CAP had referred to the Canadian government’s prohibition against masks containing graphene due to the risk of inhaling graphene particles.

Graphene is a single layer of carbon atoms used in many manufacturing industries, and is sometimes referred to as a “wonder material”.

NanoMalaysia is a company under the Science, Technology and Innovation Ministry entrusted with nanotechnology commercialisation activities.

Rezal Khairi said Canada’s prohibition was targeted at a particular mask produced by the Shengquan Group, and he agreed that further investigation into those masks is required.

“This would be to ascertain if the manufacturing and production processes are in compliance with other international and local regulatory standards, and whether graphene – as defined by international standards – is truly being used in said mask, ” he added.

He also said a blanket ban on graphene would only eliminate its potential in the manufacturing of electronic circuits, batteries, lubricants, composites and tyres.

As long as graphene does not come into direct contact with the human respiratory system, it is completely safe to be used, he argued.

Rezal Khairi also suggested the relevant authorities review and test face masks containing graphene, if there are any future imports of such goods, to ensure they are safe. 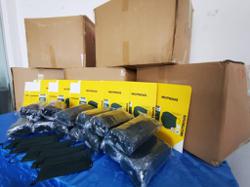 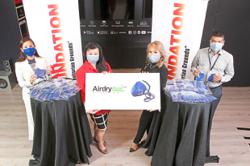