Congestion at Ipoh vaccination centre due to those with missed appointments showing up, says Perak Health Dept 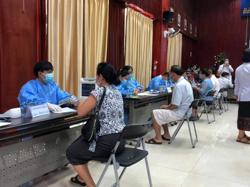 IPOH (Bernama): The congestion at the Indera Mulia Stadium Vaccination Centre (PPV) here last Friday (May 20) was due to the presence of 799 individuals who had defaulted on the appointments set for them through the MySejahtera application to get the vaccine jab.

Perak Health director Datuk Dr Ding Lay Ming (pic) said the defaulters went to the stadium last Friday, hoping to walk in and be given the vaccine jab on that day, which was the first day of the implementation of the enhanced movement control order in the Kinta district, which also involves Ipoh.

"The actual number of appointments given through MySejahtera for May 21 was for 1,570 people, but there were an extra 799 who showed up without an appointment and were with escorts, hence the congestion, ” she said Monday (May 23).

Expressing her disappointment over the matter, Dr Ding advised the public to go for the vaccine jab based on the appointment date set for them.

Those who cannot make it on the set appointment date should contact the MySejahtera Helpdesk, she said.

Meanwhile, Dr Ding said a total of 298 potential haj pilgrims had been identified to receive the vaccine and they had been given an appointment date to get the jab. - Bernama 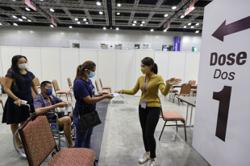