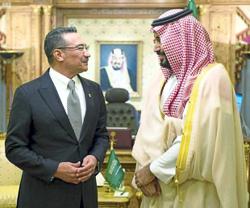 PETALING JAYA: An 18-year-old girl, whose family faces multiple health issues, had a first-hand experience of Malaysian generosity despite difficult times brought on by the Covid-19 pandemic.

Her mother’s cancer relapsed last year. Her father could not work due to severe hypertension.

As for her 27-year-old brother, he has to deal with seizures following an accident earlier.

Another brother, 26, is the sole breadwinner of the family. And he is a diabetic.

Tan said funds were also collected that could cover the living expenses of the family so that the girl could focus on her studies.

She had been offered a scholarship to study business at a university.

“It was the better outcome because she need not stop studying. With a firm academic background, she will have a good chance of finding a proper job and provide for her family later, ” added Tan.

Within a month, they raised about RM23,000 for the family.

Despite the challenging economic outlook that has led to more people needing help but fewer donors, she said that some individuals were still lending a hand.

Tan, however, noted there were also pending cases due to the big sum of money needed and time constraints.

For instance, she said the fundraising for Lau Yen Chen, 24, a diabetic who met with an accident and suffered multiple bone fractures recently, was still ongoing.

“The funds are meant to help her with medical treatment and rehabilitation so that she would be able to recover and regain her strength, to lessen her reliance on others for care.

“We hope more people would lend a helping hand, ” said Tan, adding that those who wanted to know more about Lau’s case could check out https://www.facebook.com/DaaiMalaysia.PJ.

“I think the Covid-19 pandemic has made us realise there are many others who are suffering, which leads to people extending help for the needy.

“For example, in Kentang Fund,

I still see people of all races and backgrounds coming together to help without looking at who the beneficiaries are.

“I do not find difficulties getting the funds to help those in need, ” said Kuan, who is a past winner of The Star’s Golden Hearts award winner.

He is better known as Uncle Potato or Uncle Kentang.

Citing examples, Kuan said he raised sufficient funds for a fire engine for the Serdang volunteer firefighters team within two days in March.

“We also managed to collect RM130,000 overnight for a van jenazah (hearse) recently.

“Some companies, despite making less, still continue with their corporate social responsibility projects.

“People will support if you have a good and genuine cause, ” he said, adding that Malaysians were often united on matters such as sports, charity and kindness.

Datuk Seri Michael Chong said Malaysians remained a caring lot despite the difficult times brought about by the pandemic.

“Many businessmen, especially those who are not that badly affected, are willing to part with their money for charity causes, especially where education and helping the sick are concerned.

“It is something heartwarming to see, ” he said.

One such philanthropist is a company chief executive officer, MH Chong, who has so far donated over RM10mil personally to the needy since last year.

His beneficiaries included single mothers, poor families, the disabled, orphanages, old folks home, sickly people and those whose life took a sharp dive with no lifeline in sight.

“Charity has been a practice of my family business throughout the years and we are blessed to be able to continue doing it in these challenging times.

“If only the resources are shared when we have more, society will have fewer hungry souls and helpless people, ” he said.