By XIAO TONG and TARRENCE TAN 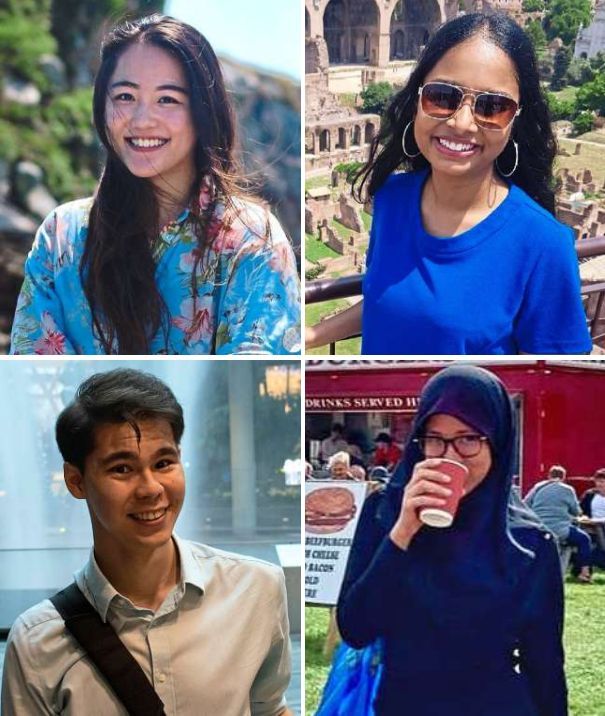 Back to normal: (Clockwise from top left) Jong, Shalini, Rahmah and Tan are excited to know that restrictions are being gradually lifted.

PETALING JAYA: Malaysians in the United Kingdom are enjoying greater personal freedom as many of the restrictions introduced last June to stem the spread of Covid-19 were lifted on Monday.

Sheffield-based journalist Rahmah Ghazali, said she is relieved as things slowly return to normal, where household visits are allowed with up to six individuals indoors.

“Meanwhile, up to 30 people are able to gather in outdoor settings.

“We are also allowed to hug now, go to the cinemas, travel, dine indoors – things that were put on hold for more than a year now, ” said Rahmah, who has been vaccinated.

The option to return to the office is also available now.

“However, flexibility is given to those who want to remain at home, which I think is great, ” she said, adding that the ability to deliver quality work is the key.

Rahmah, 37, also said she looks forward to exploring different parts of the United Kingdom as she has been planning a trip for the past two years.

“But I still feel sad for my loved ones back home who are still struggling with the pandemic.

“I believe Malaysia is slowly getting there, since both my elderly parents have received their first dose of the vaccine, ” she added.

Software engineer Shalini Ananda, 24, who is currently working in Manchester, said she feels safe with the easing of restrictions as members of the public get tested frequently by the National Health Service.

She was also excited over the prospect of indulging in Asian food which she has been craving for.

“I have made a reservation at a nice ramen restaurant, ” she quipped.

Shalini also said preventive measures against Covid-19 must be taken at all times because she has not been vaccinated.

“I think we should still wear face masks, and I am planning to dine in only once every fortnight, ” she said, adding that she is saving for a holiday back home in Malaysia.

“It seems like the lockdown’s toll on the economy and mental health now outweighs the public health risks of Covid-19, ” he said, adding that he looks forward to more travelling and socialising.

“I’m also making plans to invite friends over to my place for dinner – something that has been banned since October, ” he quipped.

However, he said he only plans to travel within the United Kingdom over the next two months because he sees international travel as still a hassle at the moment.

“It is because of the tests that you have to take, the limited number of countries on the green list and the risk of restrictions changing rapidly, ” he added.

With the UK government allowing students to return to in-person teaching from May 17, he said he thinks students would not be affected until September.

“During the lockdown, I was able to go into clinics to physically meet some of my patients.

“But for most other students, May or June is the end of the academic year, so even though they are allowed to return to campus, there will be no more classes for them till September, ” he added.

Journalism student Jong Roh, 24, is excited about going back to campus after having virtual classes for the longest time.

“Unlike the medical and engineering faculties, the university management announced we can complete all of our courses online, so there may still be online classes after everything is lifted, ” said the University of Nottingham student who nonetheless tries to avoid going out unless truly necessary.

“Dining in restaurants and going to the movies are still too dangerous for me because I’ve had asthma since I was a child, and I’m not going to risk it if I’m not vaccinated, ” she said.

She also stressed that preventive measures such as wearing face masks and physical distancing must be practised at all times.

“I’ll still wear my mask when meeting friends and ensure both myself and my friends are in a safe condition to hang out.

“Most of my friends haven’t been vaccinated, and I wouldn’t be sure who they’ve met in the last few days, ” she added.