He said the workers from India and Bangladesh and aged between 25 and 47 had failed to observe physical distancing in a lorry.

They were also being probed for breaching the inter-district travel rule after they failed to produce a police permit letter.

They allegedly committed the offence at a roadblock along KM1, Jalan Rompin-Pasir Besar in Gemas near here on Monday evening.

Supt Hoo said the 52-year-old driver and another foreigner who failed to produce identification were also detained.

“We will also be calling in their employer, ” he said, adding that he can be slapped with a RM10,000 fine for failing to provide a proper vehicle to transport workers.

On a separate matter, he said police issued a RM10,000 compound to a 54-year-old food stall owner during an operation at Medan Niaga Bahau on Monday for allowing a customer to dine in his outlet.

The customer was also issued a RM1,500 compound for the offence.

He said five other individuals aged between 29 and 54 were also fined RM1,500 each for failing to register their personal details before entering eateries here. 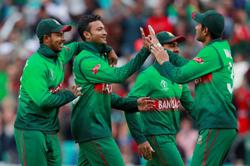