IPOH: Two lorry drivers were arrested for illegally transporting forest produce at two different locations in the state on Monday (May 17).

Perak Forestry Department director Datuk Mohamed Zin Yusop said one driver was caught near the Slim River toll booth while another surrendered himself to the department after fleeing away earlier at Jalan Teluk Intan-Kuala Bikam.

Mohamed Zin said the driver who was caught in Slim River had failed to provide proper documentation to transfer the 57 types of wood at a roadblock near the toll booth.

“In the second incident, the driver was found to be carrying about 1,000 bamboo sticks without having proper documentation.

“He had also acted aggressively and refused to cooperate, throwing the bamboo by the roadside. He then abandoned the lorry and fled,” Mohamed Zin said in a statement.

He added the drived had turned himself in about eight hours later.

Mohamed Zin said police reports have been lodged over both incidents.

He said that both drivers had been released on police bail but the lorries and the goods were seized.

“Both cases are being investigated under Section 68(1) of the National Forestry Act for transferring forest produce without permits,” he said.

He noted if convicted, the suspects could be jailed for up to five years, fined RM50,000 or or both. 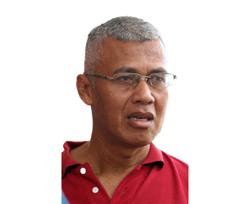