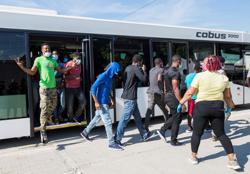 PUTRAJAYA: A woman has been issued a RM2,000 fine for visiting her husband, a policeman, together with her children while he was on duty at a roadblock here on Hari Raya Aidilfitri.

A video of the incident went viral with many people claiming that it was a clear breach of the standard operating procedure.

“Investigations revealed that the incident had occurred on May 13 at a roadblock along Persiaran Selatan heading toward Dengkil.

“The policeman and his family live here in Putrajaya.”

He said the woman and her children came in two vehicles to visit her husband and hand over some Hari Raya delicacies as he was working on the first day of Raya.

“On allegations that they have gone to the roadblock in one vehicle, which is against the SOP, no fine was issued as they actually went in two separate cars.

“We, however, issued a RM2,000 fine to the woman on May 15 for visiting her husband on Hari Raya, which was against Rule 17 of the Prevention and Control of Infectious Diseases Regulations, ” he said.

ACP Mohd Fadzil said initially, the woman’s actions were viewed as a wife’s duty in giving moral support to her husband who was working.

“The police do not want such acts to be made excuses by other families of those on duty – be it on Hari Raya or normal days.

“We will not compromise if any SOP violation is found and will take action against those responsible, regardless of whether they are civilians or police personnel, ” ACP Mohd Fadzil added. 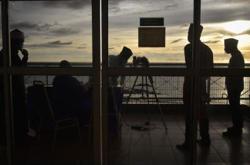