It said Chong’s statement was aimed at scoring cheap publicity, as the state government has been actively assisting people affected by Covid-19 and has rolled out various types of assistance to cater to different groups through Bantuan Khas Sarawakku Sayang (BKSS) which is worth over RM3.2bil.

It also rubbished Chong’s claim that the Sarawak government was not assisting small businesses in the state.

“Policies made in terms of imposing movement restrictions have taken into account the hardship faced by the people, especially the small businesses, private sector workers, self-employed and those without a fixed income - allowing them to recover from the first movement control order last year.

“This is further supported by the decision to not impose an MCO in Sarawak recently, instead continuing with the existing conditional movement control order, ” it said in a statement yesterday.

Chong, in a statement on Friday, questioned if the state government was withholding funds and waiting to dish them out for the state election.

Meanwhile, Tupong assemblyman Fazzrudin Abdul Rahman in a separate statement said GPS had continued to serve the people at all times.

“This has been the practice throughout the five-year term of being elected as state government and will continue in the future.

“GPS does not subscribe to the notion of only showing up during the election season to champion the welfare of the people. This to us is not a seasonal thing as the people need to be assisted at all times, ” he added. — Bernama 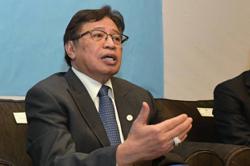