KUALA LUMPUR: The body of an unidentified woman was found in the garbage trap of a river behind the Damai Complex in Jalan Ipoh here.

Sentul Fire and Rescue department operations commander Fadil Hesam Mohamed said they received a call about the incident at around 11.42am Friday (May 14).

"We dispatched a fire engine, emergency medical rescue services and nine personnel to the scene.

"They arrived at the location and found a body floating in the garbage trap of the river," he said in a statement on Friday (May 14).

Fadil Hesam said they removed the body from the garbage trap and brought it to land at 1.04pm.

"The body is that of a woman whose identity is unknown. 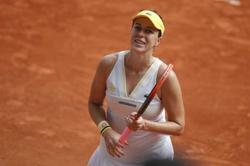