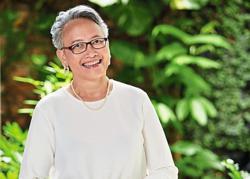 BUTTERWORTH: A major smuggling syndicate which tried to pass off contraband cigarettes as carpets was crippled after the Customs Department intercepted 9.65 million cigarettes worth RM772,000 at Port Klang.

The goods had unpaid excise of RM6.2mil, according to state Customs Department director Abdul Rahim Ramli.

The department, he said, seized a container in Jalan Teluk Gong at Port Klang on May 5.

"The trail led to another seizure in Port Klang on May 7, and we believe both the smuggling bids were carried out by the same syndicate," said Abdul Rahim at a press conference at the Penang Customs Department in Bagan Jermal here on Tuesday (May 11).

"The modus operandi of the syndicate was to declare the goods as carpets.

"During the May 5 operation, the investigation unit of Penang Customs stopped a container at Port Klang at around 8.30pm, and arrested a driver who was in his 20s," he said.

Abdul Rahim said investigations showed that the consignments were brought in by a shipping and logistics company that has an operation branch in Port Klang.

"The drivers of the containers were brought to Penang for questioning and we have begun investigations on identifying the importer," he said.