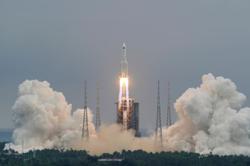 PETALING JAYA: Malaysians need not fret over news that parts of a Chinese rocket will plunge into the Earth’s atmosphere as the probability of being fatally struck by space debris is very low, says the Malaysian Space Agency (MySA).

Its director-general Azlikamil Napiah said it is unlikely that any debris would land in Malaysia as the size of the country is only a small portion of the Earth’s surface area.

“The public doesn’t need to worry about dangerous objects in the ‘re-entry’ because the probability of this object hitting humans or destroying any building structure is very low, since 70% of the Earth is made up of water and Malaysia is small, ” he said yesterday.

News reports stated that parts of China’s largest rocket, the 20-tonne Long March 5B rocket, were expected to plunge to Earth over the weekend.

China’s Foreign Ministry was reported to have said that the debris from the rocket would be burned up on re-entry and was thus unlikely to cause any harm.

The Long March 5B took off from China’s Hainan island on April 29.

The exact location of the rocket debris could be accurately pinpointed only a few hours before re-entry occurs, he added.

Azlikamil assured Malaysians that they need not worry as most of the space debris would be destroyed in Earth’s atmosphere during re-entry.

“Only debris that isn’t fully incinerated in the atmosphere will land on Earth, ” he said. 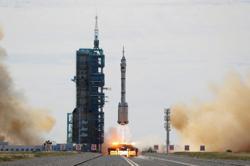