KUALA LUMPUR: Six raids in Selangor and Johor have led to seizures of illegal cigarettes, fireworks and alcohol worth about RM2mil.

Central Brigade General Operations Force (GOF) commander Senior Asst Comm Muhammad Abdul Halim said in a statement on Sunday (May 9) that the raids were part of the ongoing Ops Contraband and were conducted between May 2 and 8.

Eight people in total were arrested, aged from 33 to 64 years old.

The biggest raid of the six was conducted in Skudai.

"The fifth raid on May 7 in Taman Selesa Jaya, Skudai led to the seizure of around RM913,000 in smuggled cigarettes. A 64-year-old man was also arrested then," he said.

He also thanked the public for sharing information and urged all to continue to do so. 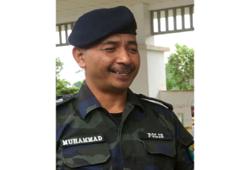