The Prime Minister said this is to make the composition of the body more inclusive.

Muhyiddin said he had reminded ministries and government agencies to give more attention and priority to matters related to employment initiatives.

"I would like to emphasise that NEC is a KPI-driven initiative.

"There should be a sense of urgency on this matter and no delays as our main focus this year is to provide employment opportunities and generate income to the people," he said in a statement posted on his Facebook page on Friday (May 7).

The announcement was made after the Prime Minister chaired the third NEC meeting on Friday, which was conducted virtually.

Muhyiddin also said he was given a detailed explanation on the job retention and creation initiatives under the national economic recovery plan during the meeting.

"As of April this year, a total of 150,597 job seekers had successfully found working opportunities via 12 programmes implemented by the government.

"The success has exceeded the cumulative projection as of April 2021, with the government targeting to generate a total of 500,000 new jobs by 2021.

"The government's effort to increase investment in the country has successfully created 33,907 new jobs and 76% of the total are in the skilled and semi-skilled categories.

The meeting also touched on several other issues, including challenges faced by the informal employment sector and new jobs for the poor and hardcore poor. 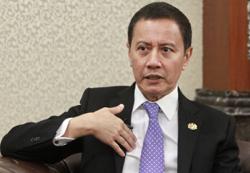