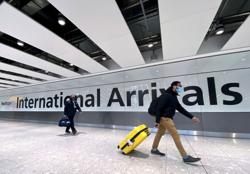 KOTA KINABALU: The tightening of inter-district movement restrictions in Sabah ahead of Hari Raya Aidilfitri has left holidaymakers' plans in tatters.

The state government's decision to restrict movement between areas of Kota Kinabalu to popular holiday destinations such as Kundasang in Ranau near Mount Kinabalu and Kota Belud has forced many to cancel their holiday bookings.

State Covid-19 spokesman Datuk Seri Masidi Manjun had said inter-district travel is banned from Monday (May 10) to May 16 except for emergencies.

The three districts of Kota Kinabalu City, Penampang and Putatan have been grouped under one district, while Ranau and Kota Belud are considered separate districts, making travel among them prohibited.

Many tourism operators in Kundasang and Kota Belud, who have been taking bookings for the Raya holidays, said they were now accepting cancellations or postponements.

"We were preparing for a larger crowd this holiday but with the sudden restrictions, our clients, mainly from the Kota Kinabalu area, have called to cancel.

"I believe there won't be much movement here," said a Kundasang motel operator, who declined to be named, when contacted on Friday (May 7).

He said most of the bookings were from people in the Kota Kinabalu area.

Sabah Association of Tour and Travel Agents (Satta) president Datuk Seri Winston Liaw said the inter-district travel ban by the state government is necessary to check the spread of Covid-19.

"There is no doubt that many who have booked will have to cancel now. It is only six days. I think prevention (is better) for the long term," he added.

However, many of those heading back from the city to their kampung in Ranau and Kota Belud are expected to return over the weekend (May 8 and 9) before the inter-district ban is put in place on Monday. 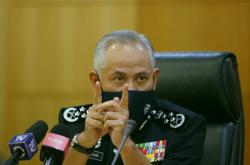