BUKIT MERTAJAM: Several villages here were hit by a flash flood on Wednesday (May 5) evening as they were about to break fast, says Machang Bubok assemblyman Lee Khai Loon.

"The rainfall station here received the highest amount of water in central Seberang Prai at 152mm compared to other areas, which received 40mm to 60mm on Wednesday," he said.

"The flood is strange as these badly-affected areas have not been hit in a long time. It is probably due to the tremendous amount of rain which poured within a very localised area," said Lee.

Lee added that Kampung Lama and Kampung Tok Konan in Machang Bubok as well as Kampung Berangan Sembilan and Kampung Nyior in Bukit Teh were among those severely hit by the flooding. 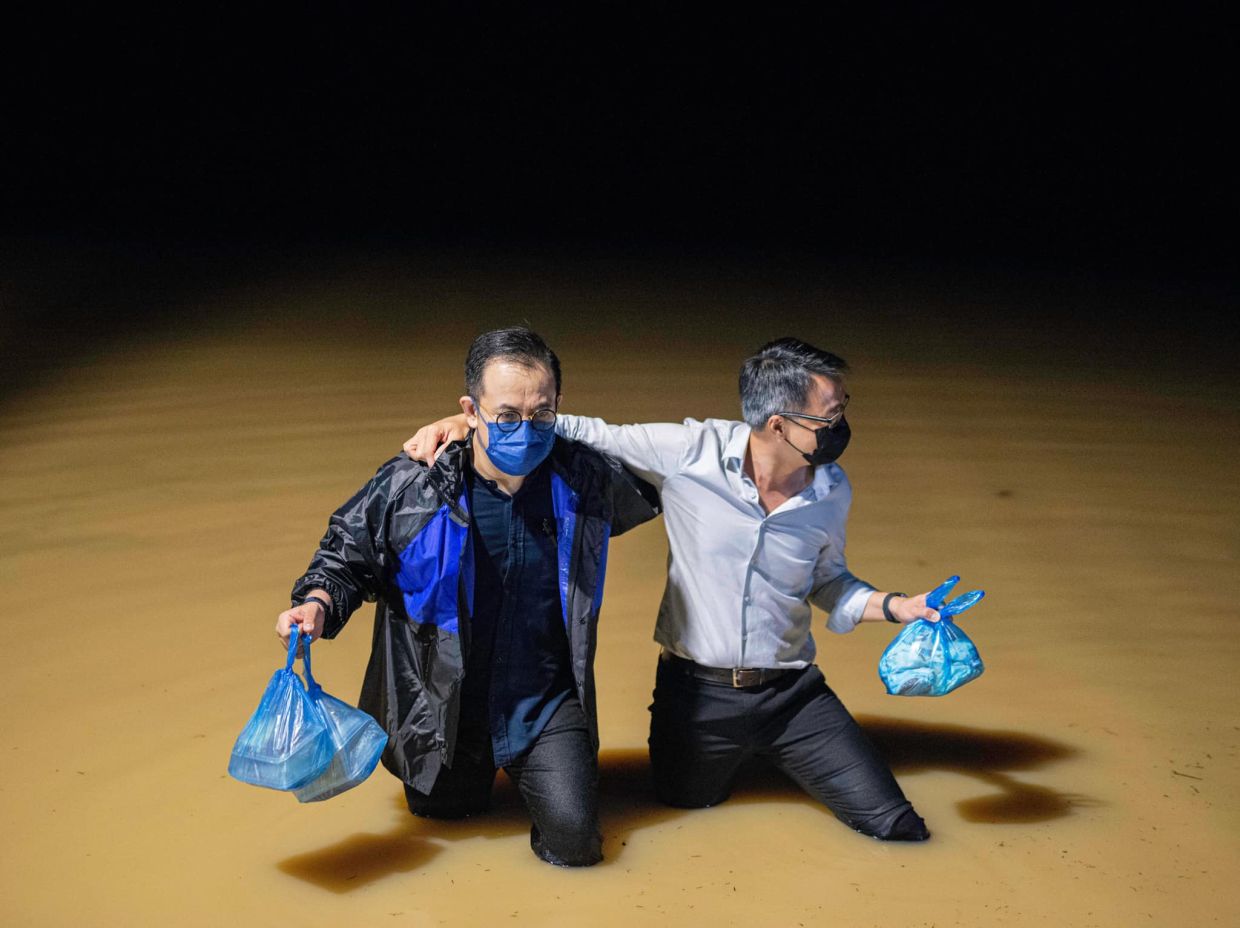 Bukit Mertajam MP Steven Sim (in black raincoat) and Machang Bubok assemblyman Lee Khai Loon (in white shirt) wading through the floodwater to distribute food to villagers at their homes during the flood on May 5, 2021.

"Six families from Bukit Teh were evacuated to a nearby Village Community Management Councils (MPKK) while the rest of families chose to remain home on standby," he said.

Lee added that as of 8am on Thursday (May 6), water levels have receded and families are in the midst of preparing to return home.

On aid given, he said that with the help of Bukit Mertajam MP Steven Sim, they managed to source 200 burgers and 400 packets of fried rice and noodles for the victims.

"We found that many of them were in the midst of preparing to break fast or about to go out to buy food when their homes were inundated," said Lee.

"With so much to look after, we decided to get them food as it was something most villagers would look for at that time," he added.