JOHOR BARU: Eleven men pleaded not guilty at the Sessions Court here for unauthorised possession of subsidised cooking oil - a controlled item in Malaysia - as well as for attempting to resell the item.

All of the accused, which included three Malaysians, nodded their heads after two charges were read out to them in front of Sessions Court Judge, Ahmad Fuad Othman, here on Thursday (May 6).

In the first charge, the 11 were accused of dealing with 18,849kg of cooking oil without a license, an offence under Paragraph 4 (1) of the Control of Supply Regulations 1947. They allegedly committed the offence at a premise located along Jalan Sagai 6 in Taman Pasir Putih, Pasir Gudang at around 2am Tuesday (May 4).

In the second charge, they were accused of dealing with 4,500 litres of cooking oil without a license at the same time and location as mentioned in the first charge, an offence under Paragraph 4 (1) of the Control of Supply Regulations 1947.

If found guilty under Section 22 (1) of the Control of Supply Act 1961 (Amendment 2015), they are each liable for a fine not exceeding RM1mil or imprisonment not exceeding three years, or both, for the first offense.

Ahmad Fuad then set bail for the Malaysians at RM25,000 each with one surety respectively, while the Bangladeshis were denied bail.

He also set July 6 for mention of the case.

Last Tuesday, the ministry has crippled a syndicate that diverted RM15mil worth of subsidised cooking oil within the last six months.

“Based on our investigation, the ministry estimated that the syndicate had (misappropriated) between 500,000 and one million packages of subsidised cooking oil a month, involving a value of RM2.5mil each month.

“The syndicate will take the cooking oil from the subsidised packets and transfer it into a tank before exporting it, ” he said. 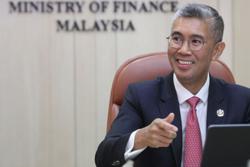 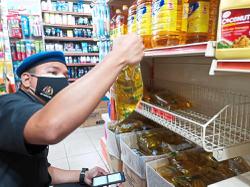