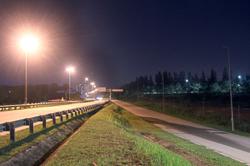 JOHOR BARU: The third batch of 10 new Johor Baru City Council (MBJB) local councillors was sworn in here on Tuesday (May 4), a recovering stroke patient among them.

The 59-year-old recalled feeling weakness in his hands all of a sudden one day in March and was rushed to the hospital.

“After a check-up, the doctor informed me that I had suffered from a minor stroke. He also told me that I would be able to recover in two to three months, ” he said.

“Being in a wheelchair will not hinder me from meeting with the public to hear their grouses.

“I am currently in recuperation and I believe I will be fit soon to fully exercise my responsibilities as a councillor.

“I will assist the people with their bread-and-butter issues, which will be my main focus, ” he said after the simple swearing-in ceremony.

With the latest batch of councillors sworn in, MBJB has filled all 24 positions on its council, each in charge of one of the 24 zones under its jurisdiction.