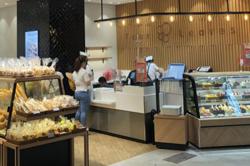 In its full data released late last night, it said he is a household contact of Case 62638, a 26-year-old female Singapore Permanent Resident who works as a cleaner deployed at a community care facility in Tuas South.

The ministry said that both are now part of the Case 62553 Cluster, which involved a 39-year-old female Vietnamese person who works as a cleaner deployed at the same community care facility.

MOH said the Malaysian developed a fever and cough on April 28 and sought medical treatment at a general practitioner clinic where he was tested for COVID-19.

As he had been identified as a close contact of Case 62553, the ministry said he was contacted and placed under quarantine.

"He reported his symptoms and was conveyed in an ambulance to Khoo Teck Puat Hospital. His test result came back positive for Covid-19 on April 29. His serology test result is negative," it said.

The man works as a sales assistant at New Odense(s) Confectionery & Bakery.

As for the Case 62541 cluster linked to a nurse at Tan Tock Seng Hospital, the ministry said four more confirmed cases were reported yesterday, bringing the total to 13.

As at noon yesterday, 24 new cases were reported in Singapore, of which 15 were imported, bringing the total tally to 61,145.

So far, there are nine Covid-19 clusters in the republic. - Bernama