A 15-year-old boy entered an essay writing competition in hopes of winning first prize to raise funds for his mother who was diagnosed with cancer, Sin Chew Daily reported.

To improve his chances of winning the competition organised by the Chinese-language daily, the teenager, known only as Bibi, had even approached horror writer Wu Da Kun for writing tips. 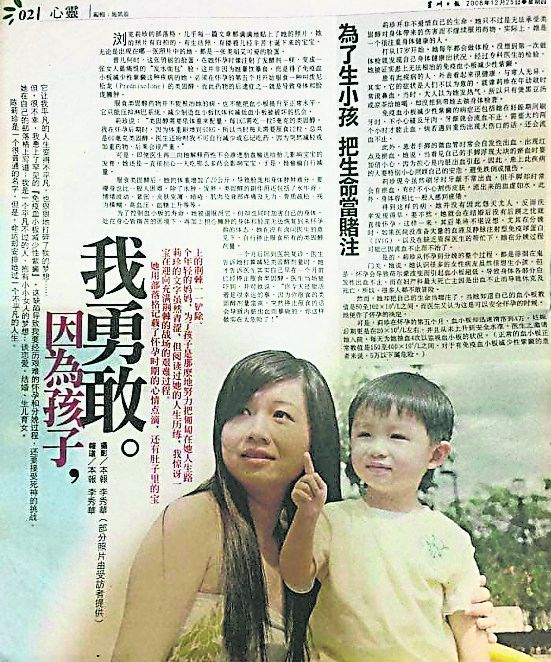 Wu later gave him pointers on how to improve his draft essay.

Despite his efforts, Bibi’s essay failed to make the cut, but it did win the hearts of those working at the daily.

Several editors banded together to raise funds for Bibi’s mother Jane Chin who suffers from myelodysplastic syndrome, one of a group of cancers in which immature blood cells in the bone marrow do not mature.

Chin, who is a makeup artist, fell on hard times when work engagements stopped abruptly due to the Covid-19 pandemic that led to many people postponing or cancelling their wedding plans.

Even so, Chin was grateful for the effort shown by her son.

“I risked my life giving birth to him 14 years ago. Today, he is trying to give back by saving my life.

“I’m thankful to God for having such a good child, ” she said.

Koo’s right eye was stabbed by a weapon while filming a fight scene for the movie in New Zealand in 2019.

The 50-year-old, who played warlord Lu Bu in the movie, ended up in hospital later for surgery.

In an interview during the movie’s premiere in Hong Kong on April 27, Koo said he was surprised that the eyeball itself could be stitched up, what more it was done without anaesthesia.

Koo, who has short-sightedness, said he was lucky that his eyesight was able to fully recover but complained that he was not able to wear contact lenses for two whole months after the surgery.

“It was cumbersome to wear glasses. The doctor told me once I get cataracts, I can have surgery to remove all my problems in one go, ” he said.

Dynasty Warriors is based on the popular game of the same name created by Japanese videogame companies Omega Force and Koei.

The game itself is an adaptation of the Chinese classic Romance of the Three Kingdoms.