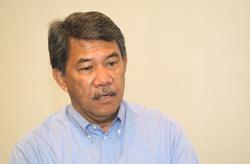 PETALING JAYA: Datuk Seri Azalina Othman Said has raised questions about the government’s accountability during the Emergency, saying the parliamentary democracy practised in Malaysia upholds the doctrine of separation of powers.

The Dewan Rakyat Deputy Speaker said the decision to suspend Parliament via Section 14 of the Emergency Ordinance had directly and indirectly eroded the continuity of that doctrine.

“It appears that the system of parliamentary democracy no longer exists as the executive branch is no longer accountable to Parliament.

Azalina’s questions were directed at Minister in the Prime Minister’s Department (Parliament and Law) Datuk Seri Takiyuddin Hassan over a recent statement.

Takiyuddin had said while the Emergency is enforced, all parties could still submit their views to the government through channels such as the Independent Special Committee under the Emergency Ordinance to advise the Yang di-Pertuan Agong.

He also said the authorities, including the Malaysian Anti-Corruption Commission, the National Audit Department and the Public Accounts Committee, continue to provide a check and balance.