He said the funds will be used to build a new drug rehabilitation centre on an 18ha piece of land in Tawau as well as carry out efforts to eradicate drug problems in the state.

Currently, Sabah has only one drug rehabilitation centre located in Papar that can accommodate up to 300 inmates at any one time.

He said Universiti Malaysia Sabah (UMS) was given RM246,000 to continue with its “Happy Family” programme as a holistic approach to address the problem of drug addiction and social deviance.

Hajiji said this year, more attention will be given to the high-risk areas of Likas and Inanam as well as Luagan.

"Various activities and programmes will be implemented to reduce drug abuse in these three areas," he added.

Hajiji urged all district officers, who chair the anti-drug committees at district level, to take immediate action to reduce the problem of drug abuse.

He commended all department heads for their commitment in handling drug and substance abuse as well as social deviance.

"I want to see heightened efforts this year to tackle the menace, ” he said at the high-level committee meeting.

Sabah Police Commissioner Datuk Hazani Ghazali informed the meeting that Sabah was a transit point for drugs especially syabu, and about 30% of the supply smuggled into the state finds its way into the local market.

He said the number of drug-related arrests had gone up over the years except for last year owing to the pandemic lockdown, but he expected it would go up again this year as the movement control order is relaxed. 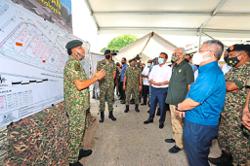 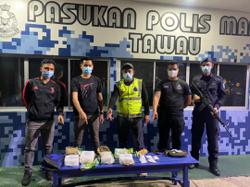