Fasting not easy in Norway PETALING JAYA: Waiting until dusk to break her fast is no easy feat for Farah Elwani Abdul Rani, a Malaysian living in Norway, especially when the day is over 18 hours long due to the late sunset.

Norway, often known as the land of the midnight sun, is famed for its dramatic landscapes and stunning fjords, but for the small Muslim community that she belongs to, Ramadan can be an onerous task.

According to the Muslim Pro app Ramadan calendar, for yesterday, sahur (pre-dawn meal) must be taken before 2.53am while iftar (break fast) was at 9.07pm in the Norwegian capital of Oslo. Oslo is about a 30-minute drive from Asker city, where Farah Elwani, 40, resides with her Norwegian husband Odd Solheim, 62, and their children Emil, 11, and Ida, seven.

“When I first started fasting in Norway years ago, it was quite tough especially as it was summer and I had a breastfeeding baby.

“My Muslim friends here then advised me that if we feel that we can’t make it, then we can follow the fasting hours of Mecca, which I confirmed with an imam in Oslo.

“So when I feel like I can’t make it, that’s what I would do. Islam doesn’t force us to do what is beyond our capability, ” said Farah Elwani, who hails from Sitiawan, Perak.

Although having to juggle her job as a preschool assistant and interpreter as well as motherhood while observing the holy month, Farah Elwani still cherished Ramadan and its traditions.

For sahur, she would usually drink some water or occasionally eat a few dates while for iftar, she liked to have Malay food.

“It’s not the same feeling if you break fast with a steak, ” she said with a laugh.

“To say I enjoy fasting, of course I do. When people here ask whether I’m fasting or not, I will explain about our Ramadan culture in Malaysia, which I’m very proud of, ” she said.

Although she has been in Norway for over a decade, she still misses the Ramadan culture in Malaysia such as the open-air bazaars, family gatherings and food like kuih sampan and asam pedas.

“Ramadan in Norway is not that much different from normal months, because it is not like in Malaysia where people are focused on Ramadan, and we can enjoy bazaars and visiting people.

“When I returned to Malaysia a few years ago, it was near the end of Ramadan and I got to walk around a bazaar looking for firecrackers and kuih, ” said Farah Elwani, the middle child among five siblings.

For Hari Raya, due to limited ingredients, she would get creative when preparing traditional dishes such as rendang, lemang and kuah kacang.

“For example, for one Hari Raya, I made lemang by wrapping the rice in banana leaf as tightly as possible then grilling it, ” she said, adding that her husband, whom she first met through work, enjoyed Malay delicacies very much.

“He loves Malay food. When we go back to Malaysia, he’s the one always reminding me to stock up on belacan and this and that.

“As for my kids, I try my best to expose them to Malay food. Nasi ayam (chicken rice) and ayam paprik (stir-fried spicy chicken) are the most popular dishes in my house, ” she said.

Due to the Covid-19 pandemic, Farah Elwani would not be having a Hari Raya open house this year.

“It’s sad because my house was a place that friends from Malaysia, Indonesia and Singapore would visit but this year I will not be inviting anyone.

“I will just video call my family back in Sitiawan. I’m usually at work during Hari Raya so I will ask my boss if I can have a five-minute break to say hi to my family and ask for maaf ampun (forgiveness), ” she said.

Although she had to cancel her plans to return to Malaysia this year, Farah Elwani is hoping to be able to come home in 2022.

“As long as I can step foot in Malaysia. That is what I want, ” she added. 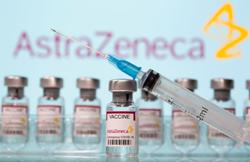