Emotions run high as UPSR and PT3 called off 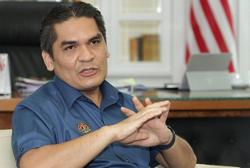 While some parents were annoyed after having made early preparations to ensure their children fared well in these exams, others wondered if their children would be able to cope in Form One later with the abolition of the UPSR.

Zarina Ismail, 47, who has been encouraging her two daughters, aged 12 and 15, to take their studies seriously this year as it was their exam year, has been left feeling frustrated by the news.

“I advised them to prepare and sent them for tuition, and all of a sudden, they don’t have to sit for the exams. I feel disappointment but what can we do?” she said.

The sales and marketing manager was more concerned over how her 12-year-old daughter’s skills would be assessed without the UPSR as she believed school-based assessments alone were not sufficient.

“Academic performances can fluctuate from term to term. The UPSR is actually a good measure of their overall academic capabilities in primary school, ” she said.

Zarina was also worried whether or not her daughter would be able to cope with the workload in Form One, adding that she would still remind her girls to concentrate on their studies even if there are no major exams this year.

“They did whine about it being cancelled after putting in all that effort, but I think they are relieved because they don’t have to deal with that pressure anymore, ” she said.Another parent, who only wanted to be known as Pang, said abolishing the UPSR was the way forward but also wondered if the system itself was prepared for the change.

“All our teachers were trained in a specific manner, so I’d like to know if we have the strong foundation to support this change, ” he said.Like other parents, he has also invested time and effort encouraging his son to prepare for the UPSR, but he does not feel all is lost.

“There was no harm done, only knowledge gained, ” he said.

Form Three student Dennis Lai expected the PT3 to be cancelled this year as the country was still under the movement control order.

His concerned mother, who did not want to be named, said she thought it was a fair decision to cancel the exams as studies have been disrupted by school closures.

She added that she hoped students would not lose the motivation to study as she believed they should not be revising their lessons for exams but to gain knowledge.

“I was studying for it, so I’m very disappointed because I know I need excellent PT3 results to get into RMC. I hope they will at least consider my academic performance from Form 1 to Form 3 to be accepted there, ” he added.

Abolition of UPSR opens doors for learning of skills 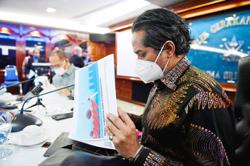 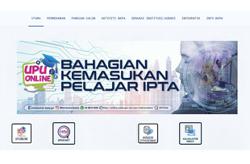