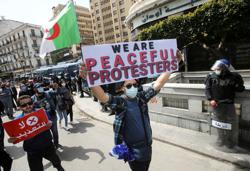 KOTA KINABALU: Residents of Kampung Baru Pasir Putih in the Tawau district held a protest to oppose the decision to extend the enhanced movement control order to May 12.

The 350 villagers who protested are demanding that the enhanced MCO be relaxed within their area as most of them are daily paid workers and they needed to work to care for their families to meet their daily needs.

"The number of cases in the area has not increased," he added.

Meanwhile, Tawau district police chief Asst Comm Peter Umbuas told reporters that there were no untoward incidents and assured that police would bring up their demands with the Tawau district disaster operations centre.

"If the enhanced MCO is to continue, then we will see what else can be done to help the residents," he said.

He added that some residents wanted a relaxation of movement restrictions and to focus movement controls on homes where cases were detected.

Earlier, the villagers live-streamed the protest on Facebook, while police and other security personnel kept a close watch on them.

The situation at the protest remained calm, unlike a similar incident at Kampung Muhibbah Raya in Tawau last Saturday, where seven protesters were arrested but released two days later on police bail.

Tawau is one of Sabah's Covid-19 hotbeds, with concern growing among the authorities as the district hospital is operating at maximum capacity, while the three quarantine centres with some 600 beds are nearly full.

Sabah slid back into a conditional MCO from a recovery MCO on Tuesday after Defence Minister Datuk Seri Ismail Sabri Yaakob said that there were more red zones and fewer green zones in the state's 27 districts.

Some 33 areas are now under an enhanced MCO. 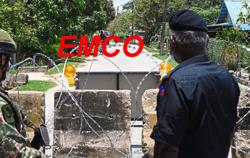 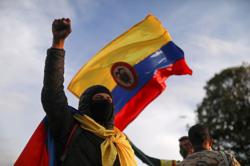