Found: Over 100 who tested positive for Covid-19 and went missing, says Bintulu MP

SIBU: The more than 100 people who went missing after testing positive for Covid-19 in Bintulu have been traced, says Datuk Tiong King Sing (pic).

The Bintulu MP said the authorities were finally able to contact these persons when they switched on their handphones.

However, one of them was arrested by the police as he was found wandering in the streets despite wearing a quarantine wristband.

On April 25, Tiong said health authorities could not find them as they had provided false personal information regarding their residential address and contact details during the screening tests.

Tiong then gave these individuals a 24-hour ultimatum to turn up at the Emergency Department of Bintulu Hospital or risk police arrest.

He also warned the public not to repeat such acts in the future as stern action could be taken.

"Individuals who have been found positive with Covid-19 should take the initiative to cooperate with the authorities instead of playing ‘hide and seek’.

"Such an attitude will only lead to the spread of the disease and affect the health and safety of the entire community," he said in a statement on Wednesday (April 28).

Tiong said the authorities were not able to get in touch with the 100 individuals earlier as they had turned off their mobile phones.

He said it was a very irresponsible act, adding that those involved could be charged under Section 342 of the Infectious Diseases Control and Prevention Act, as stated by Sarawak health director Dr Chin Zin Hin.

Tiong also urged the 100 individuals to provide accurate information during the time they went missing between April 12 and April 21 for contact tracing purposes.

"I call upon the health authorities to conduct a detailed investigation into this incident, especially examining individuals or areas where there is a potential risk of transmission, and if necessary, conduct active case detection as soon as possible," he said. 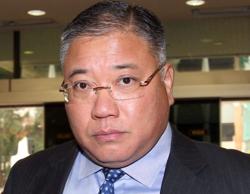