Sabah moves back to CMCO after increasing number of red zones, says Masidi

"In view of more areas no longer under the green zone and an increased number of areas under EMCO, the state has agreed to change its status from recovery MCO to CMCO," said the state Covid-19 spokesman.

Masidi said the state government has agreed with the Federal Government's decision to enforce the conditional MCO, in view of the 33 areas currently under EMCO.

Masidi said that the state will also retain its ban against allowing inter-district travel in the state that is expected to remain during the Hari Raya celebrations.

He said currently eight of Sabah's 27 districts, including the state capital, remains under the red zone, four under orange, nine under yellow and only six remained under the green zone.

Most of the areas under enhanced MCO were in Tawau, Kunak, Kalabakan and Kinabatangan in the east coast of the state.

A total of 88 new Covid-19 cases were reported today. 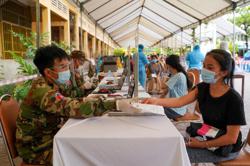 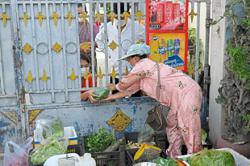