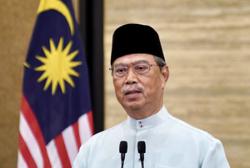 The Parti Pribumi Bersatu Malaysia Srikandi vice-chief said the Merdeka Centre survey, which found Muhyiddin's approval rating at 67% to be stable among Peninsular Malaysia voters, also showed that support for the Prime Minister to be strong among Malay voters at 83%.

"The majority of voters (74%) appreciated the Perikatan government's concern in looking after the welfare of the people during the Covid-19 pandemic. In addition, 70% of voters feel that the government is dealing with the pandemic efficiently and in an orderly manner.

"Confidence in the management of this pandemic, including the policies and standard operating procedures set by the government, is important because efforts to combat this pandemic epidemic require the cooperation and support of every citizen to ensure success," Mas Ermieyati said in a statement on Saturday (April 24).

This was an improvement over the 63% approval rating recorded at the end of January.

The survey also showed that the Prime Minister had 30% support from the Chinese electorate and 66% from Indians.

Mas Ermieyati pointed out that 56% of voters also agreed that the Perikatan government had a "clear vision and plan" to restore the strength of the economy that fell as a result of the pandemic, in addition to the weaknesses and administrative shortcomings of previous governments.

"The result of this survey reflects the strong confidence of voters in the performance of Muhyiddin and his government in managing the country's economy and the welfare of the people," she said. 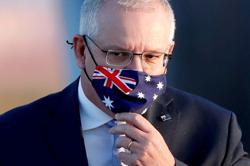