JOHOR BARU: Some 27,200kg of frozen pork belly from Denmark has been seized by the Malaysian Quarantine and Inspection Services Department (Maqis) at the Tanjung Pelepas Port (PTP) here.

State Maqis director Hizzuan Hasim said the goods were detained during a routine check at the port at about 10.30am on Tuesday (April 20).

"Upon inspection by Maqis enforcement officers on a container from Denmark, some 27,200kg of frozen pork belly worth about RM315,520 was found.

"Further checks found that the seal on the container contradicts the bill of lading handed over to the Maqis enforcement officers," he said in a statement here.

He said the items were seized and the case was being investigated under Section 13 of the Malaysian Quarantine and Inspection Services Act for declaring false, inaccurate or misleading documents.

He also urged exporters and importers to adhere to the regulations outlined by the government to prevent the spread of diseases in animals and plants as well as to safeguard food security. 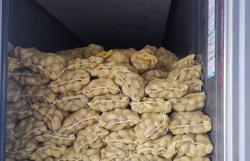 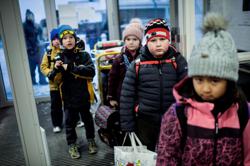