THEY walk under the scorching sun, clad in formal attire, a cap and face mask, drenched in sweat.

This is exactly what the census enumerators have to do to confirm how many people live in a specific area – by visiting households that did not complete the census questionnaire.

Some 9,500 enumerators are doing their rounds of conducting face-to-face interviews nationwide for the Malaysia Population and Housing Census (Census 2020) under the Department of Statistics Malaysia (DOSM).

Chief statistician Datuk Seri Dr Mohd Uzir Mahidin appealed to the public to extend their cooperation to these frontliners when approached at their homes for Census 2020. ‘Most of the respondents have been cooperative and we appreciate it, ’ said Mohd Uzir.

“So far, most of the respondents have been cooperative and we appreciate it, ” he said.

“In addition to the heat, the enumerators have to keep returning to the same house until they can get hold of all the people staying there. It could be up to five times or more.

“Some may go in the evening or even at night while others will drop an appointment card or survey forms.

“In the city, high-rise and high-end residential areas are a challenge for our enumerators. They will first need to obtain permits from the local council or building management.

“For some factory employees or expatriates, we will assist to inform their employers, via letters, of the importance of their participation in the survey.

“In rural areas, getting to the area may be the biggest challenge. At times, they have to cross rivers and hills in a four-wheel-drive just to get to a specific area to get their job done, ” said Mohd Uzir, who recalls an incident when one of the enumerators dropped his phone in the river.

On average, one household can take up to 45 minutes during a face-to-face interview to have the survey form completely filled, and each enumerator has a target to visit a minimum 10 households each day.

Mohd Uzir added that enumerators going to the ground is a way of creating awareness of Census 2020 and educating the importance of the survey for the future of the country. Mohd Uzir in the field with his census officers in Puchong.

“Census is an opportunity given by the Government every 10 years to all Malaysians to voice out their necessary needs, such as education, healthcare, connectivity, recreational amenities, electricity and water supply.

“The data collected is the base data of policy-making by the Government as well as reference for analysts in future planning for the nation.

“For instance, the disabled residents recorded is only 10% of the actual disabled community of three to four million people.

“When we get the actual data on the disabled, we can input necessary amenities and benefits that fit the total number into the future plans for the community, ” he said.

Mohd Uzir assured that in this pandemic situation, the enumerators would take all the necessary precautions to ensure their own safety and that of residents whom they approach. Puchong resident Noraidah Johar responding to the survey conducted face-to-face by an enumerator.

To date, a total of 14.57 million residents – of which 495,000 are foreigners – have been recorded from the estimated 32.7 million population in Malaysia.

In Selangor, DOSM has recorded 41% of the 6.5 million resident population. As for total homes in Selangor, 912,000 or 44% have been covered from the two million homes. An emunerator placing census survey forms in the post boxes of a condominium.

With the e-Census reaching its saturation with more than 20% adoption, he said it is necessary to have face-to-face interviews to complete the exercise.

The Census 2020 exercise is expected to be completed by June 30.

Households which have yet to complete the survey can do so through e-Census. For details, visit www.mycensus.gov.my or call 1800 88 7720. 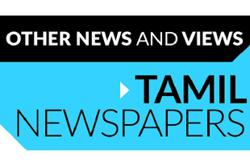